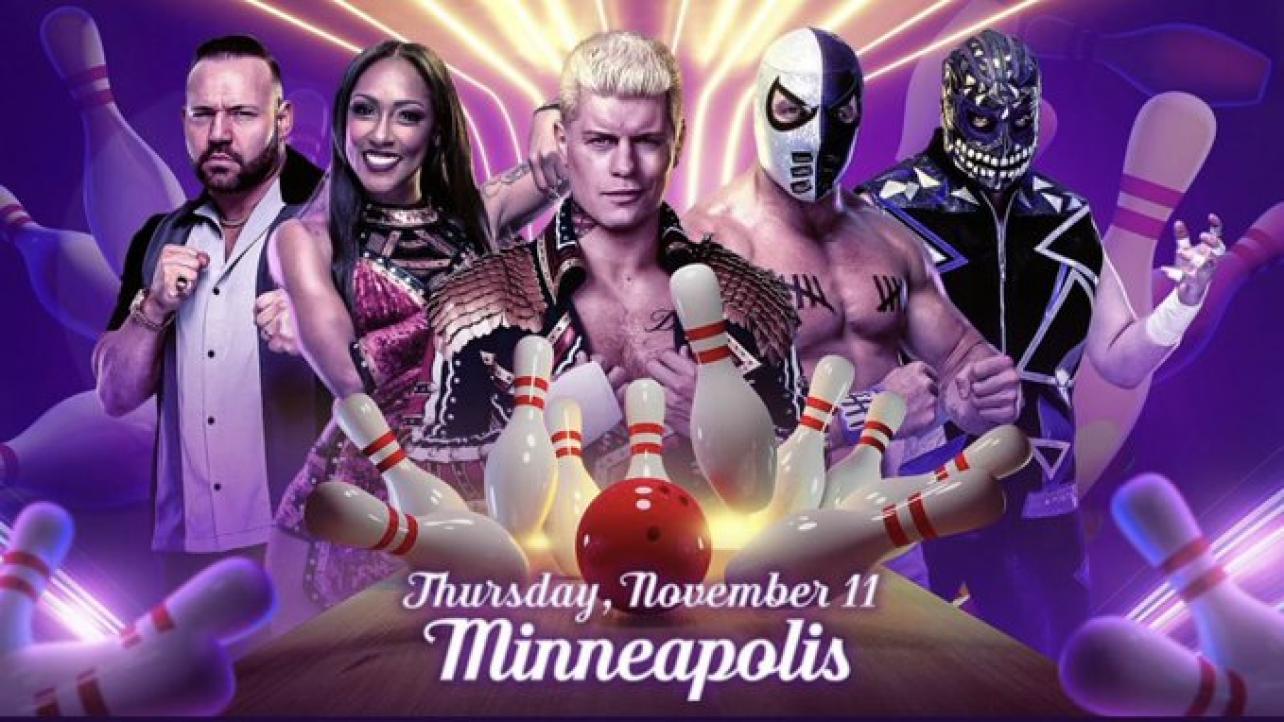 Watch as @RefAubrey unboxes the #RingsideExclusive #AEW Authentic Scale Ring and gets to see her first-ever figure by #Jazwares!

– Denise Salcedo released a preview of her new interview with AEW women’s contender Ruby Soho where she talks about getting to be in the main event of the AEW Dynamite Grand Slam special event at Arthur Ashe Stadium in Queens, New York against AEW Women’s Champion Dr. Britt Baker. Check out the video where she talks about what it was like competing with someone like Baker in the tweet embedded below.

PREVIEW: @realrubysoho talks about what it was like main eventing AEW Dynamite Grand Slam against @RealBrittBaker. Shares her thoughts on competing with someone like Britt. @AEW @AEWonTNT

– Finally, the AEW Community Team is bringing the fun to the Bowling Lanes of Minneapolis, Minnesota during AEW Full Gear 2021 Weekend, as they will be having a special bowling game on November 11. The following tweet was shared on Monday to begin the promotion for the event.