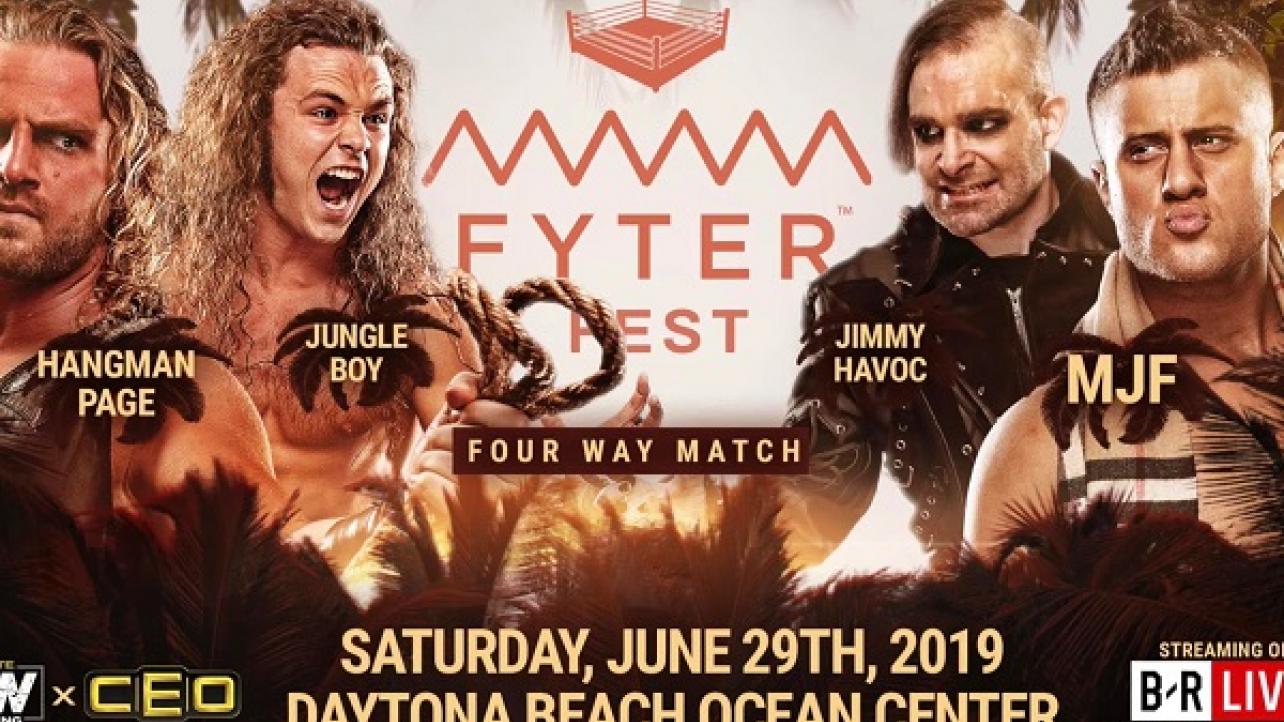 On the latest episode of Being The Elite, a new match was announced for the upcoming AEW: Fyter Fest live special on Bleacher Report (B/R) Live.

Episode 156 of Being The Elite was released on YouTube on Monday and in the video, a big Four Way Match was confirmed for the aforementioned AEW special scheduled for later this month.

The contest will feature Hangman Page vs. Jungle Boy vs. Jimmy Havoc vs. MJF under Four Way Match rules at the AEW: Fyter Fest show, which goes down from the Daytona Beach Ocean Center in Daytona Beach, Florida on Saturday, June 29th.