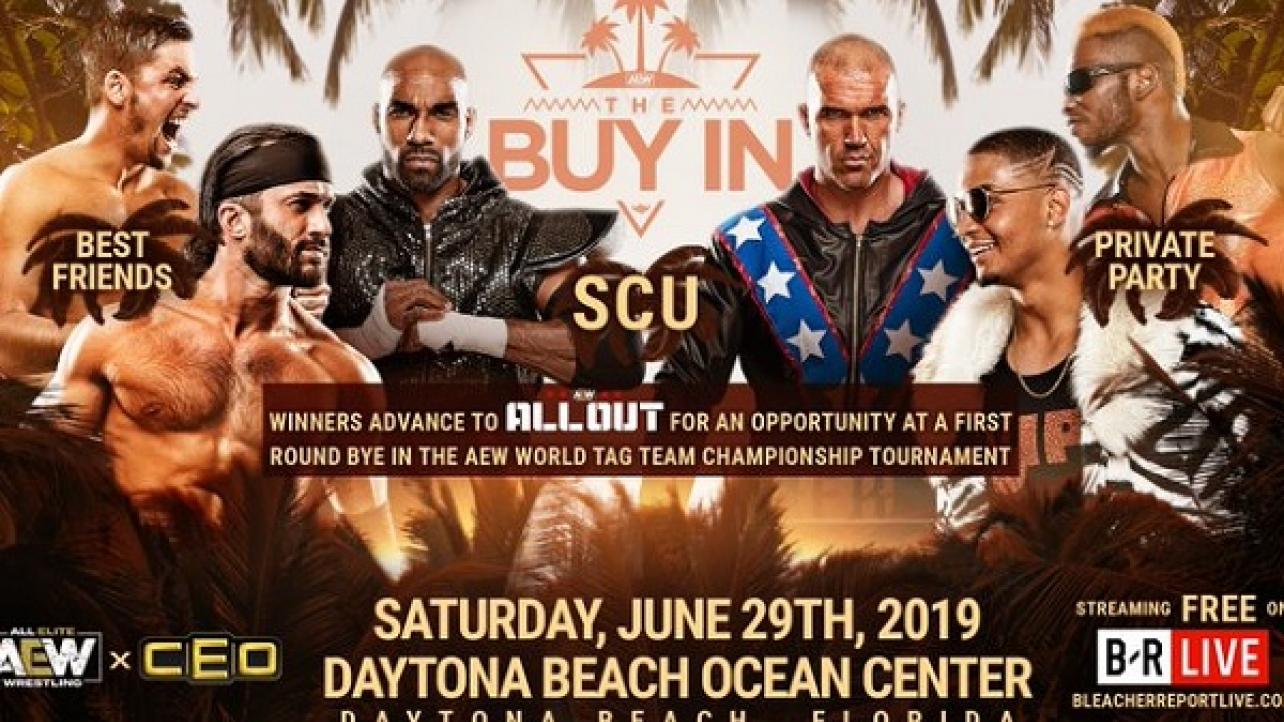 The announcement was made on Twitter this afternoon that SCU will battle the Best Friends and Private Party in a triple-threat tag team bout, where the winner receives an opportunity to gain a first-round bye in AEW’s recently announced tag team tournament for the upcoming premiere of their weekly TV show on TNT starting this fall.

Check out the official announcement regarding the addition of SCU vs. Best Friends vs. Private Party to the AEW Fyter Fest lineup below.

With the addition of the new confirmed match, featured below is an updated look at the current advertised card for the AEW Fyter Fest show scheduled for 6/29 in Daytona Beach:

Make sure to join us here at eWrestling.com on 6/29 for live play-by-play results coverage of AEW Fyter Fest!