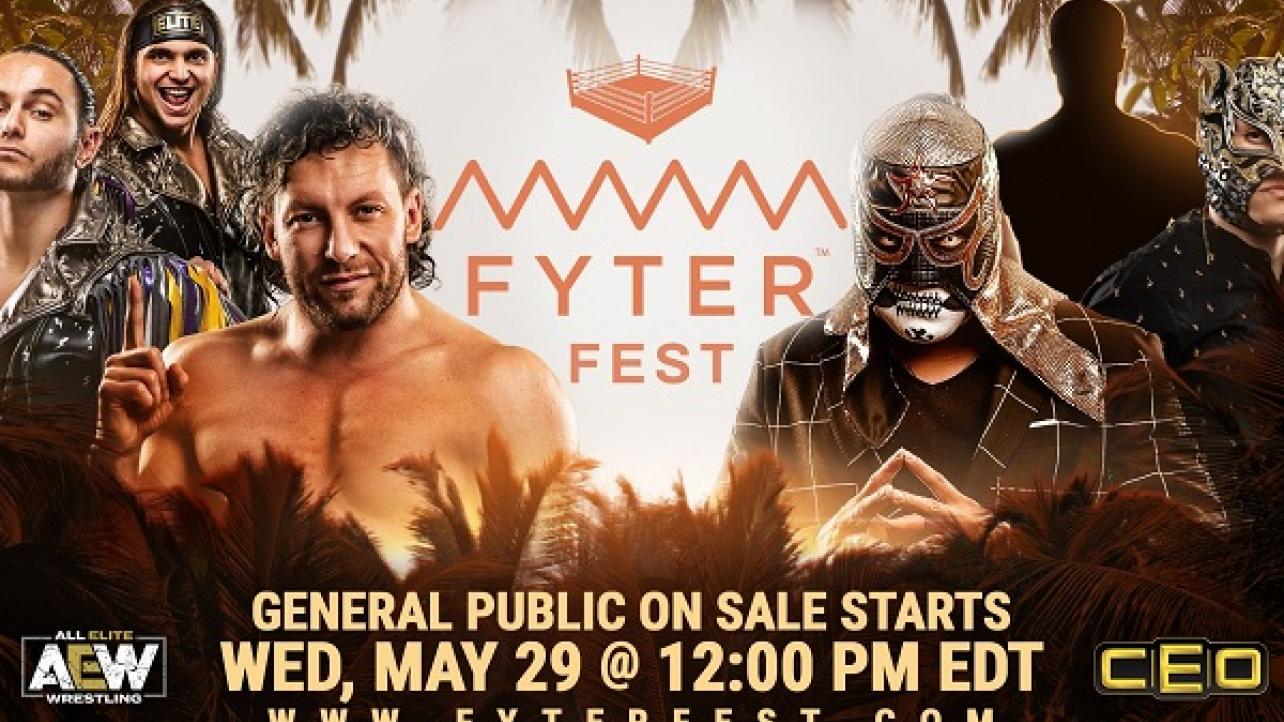 As noted, Jon Moxley vs. Joey Janela has been announced for the upcoming AEW: Fyter Fest 2019 event in Daytona Beach, Florida on June 29th.

On Wednesday, All Elite Wrestling announced two additional matches for the show.

Joining Moxley vs. Janela on the 6/29 card in Daytona Beach will be Cody vs. Darby Allin as well as Kenny Omega & The Young Bucks (Nick & Matt Jackson) vs. PAC & The Lucha Bros (Pentagon Jr. & Rey Fenix).

Check out the official announcement below, and head on over to Ticketmaster.com today to get your tickets, as they are on sale now!

Make sure to join us here at eWrestling.com on 6/29 for live play-by-play results coverage of AEW: Fyter Fest 2019!