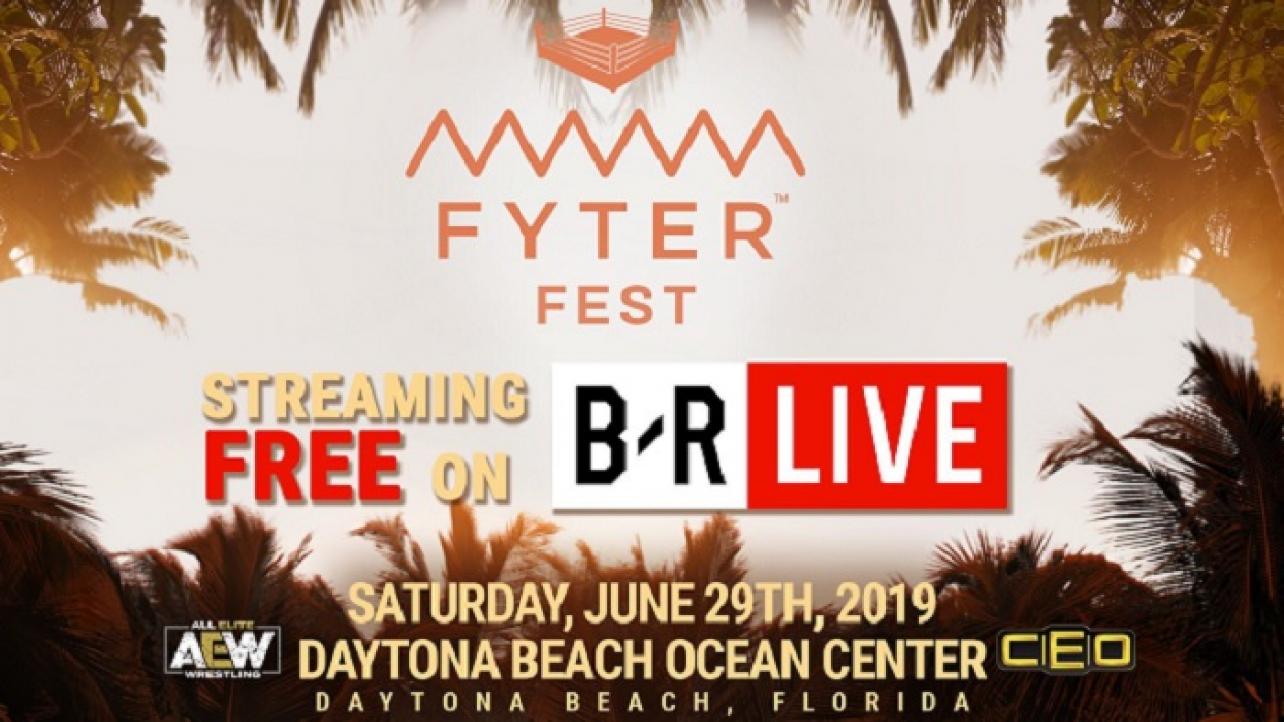 The bottom line in any business are the numbers. If you’re rating the recent AEW Fyter Fest special based on the bottom line, the show was an unequivocal success.

The AEW Fyter Fest show was promoted in conjunction with CEO Fighting Game Championships from the Ocean Center in Daytona Beach, Florida on Saturday, June 29th, and streamed in real-time via the Bleacher Report (B/R) Live digital sports enterprise.

The B/R Live streaming service was part of AEW’s recent multi-platform partnership with WarnerMedia, which includes the launch of their upcoming weekly AEW on TNT television show.

B/R Live touted the success of AEW’s strong fan presence soon after their deal began and last weekend, that presence was once again felt and tracked, as the numbers show that the event drew strong viewership.

Dave Meltzer (@DaveMeltzerWON) of the Wrestling Observer Newsletter is reporting that the three-and-a-half hour AEW Fyter Fest broadcast averaged 140,000 viewers on B/R Live, if you were to base figures like a television show (I.E. — WWE RAW, WWE SmackDown Live, etc.).

Additionally, it was noted that there were a total of 350,000 different viewers, or “unique viewers” during the course of the initial live airing. If you factor in replay viewing, those numbers are likely a considerable amount higher.

As far as international viewers, AEW Fyter Fest was available on Fite TV, and reportedly drew approximately 14,000 iPPV buys. That is considered a “very good number,” according to Meltzer, the longtime trusted source for pro wrestling and MMA TV ratings and PPV buyrates.

Fyter Fest was fun. Let’s do it all again @AEWrestling‘s Fight for the Fallen is FREE. Sign up on #BRLive ⬇️ https://t.co/K1ngiVVTgu pic.twitter.com/XLMttEmeTP

. @the_MJF addresses the crowd at #AEW #FyterFest
Watch the replay for FREE (in the US & Canada) @brlive / https://t.co/abXNiCx6PEhttps://t.co/V1IDmPP9GL pic.twitter.com/xYcpIAP8sO