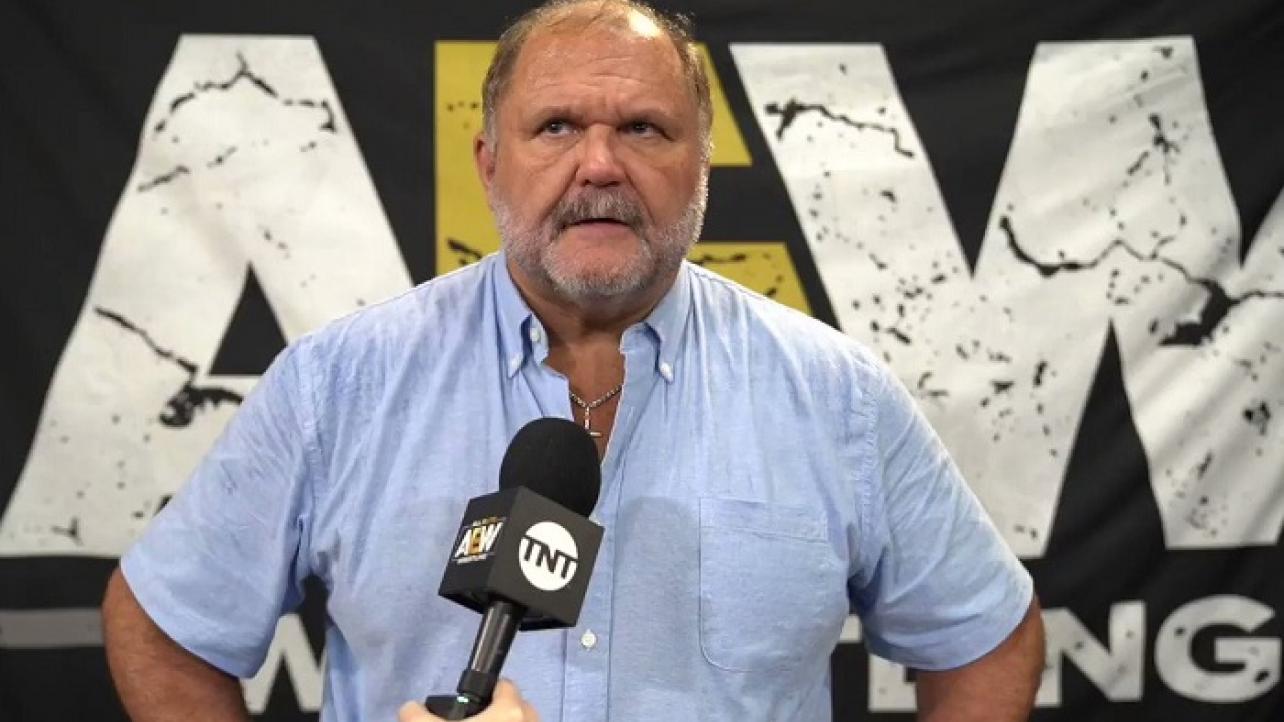 All Elite Wrestling fans may one day see the latest wrestling talent to carry the respected Anderson name.

Arn Anderson revealed during a recent installment of his “ARN” podcast that his son, Brock, has been looking to get into the professional wrestling business.

Featured below are some highlights from Anderson’s podcast where he talks about this particular subject.

On his son Brock looking to get into the wrestling industry: “I do know and I hope you guys will be happy to know that the first thing which he already had just growing up in this household and knowing the way I feel about people in the business and the way I feel about the fans, the way I feel about that guys should earn their stripes and pay their dues. He is going to be someone that at least the first time you see him, he will have fundamentals to where they are firmly ingrained into him. He will be able to wrestle before he ever goes out over the top or climbs up to the top or he may never even climb up to the top. Who knows? But, he will be taught the fundamentals and more importantly than that, he will have respect for every wrestler that has ever stepped in a ring anywhere in the world prior to him. They deserve his respect because they are paving the way for young kids like him to possibly have a job in this industry. He is being taught to respect fans, to respect the other wrestlers, and I mean the guy may have had one more match than him. Respect for the company. Respect for the industry and all of those things. I’m going to try to teach him. He’s already pretty good. He wrestled in high school. He played football in high school.”

On his sons background in sports: “He played left tackle at 170 pounds when everybody else on the line was 320 and above. That picture will crack you up. I am going to try to bring him along slowly and make sure he has a good foundation. Win, lose or draw, if he does make it, he will at least know his way around the ring. You as a fan sitting there watching will know he’s spent countless hours with a lot of good people right now, including myself who can at least talk about psychology and the why and why not’s. It will make sense if nothing else and we will see what we got. I appreciate you being interested and hopefully if you will all in a thought just pull for him because I think he has something. Proud Papa. Nothing will be grander than seeing him step through the ropes for the first time.”

Check out the complete episode of the ARN podcast featuring Arn Anderson at WestwoodOnePodcasts.com.