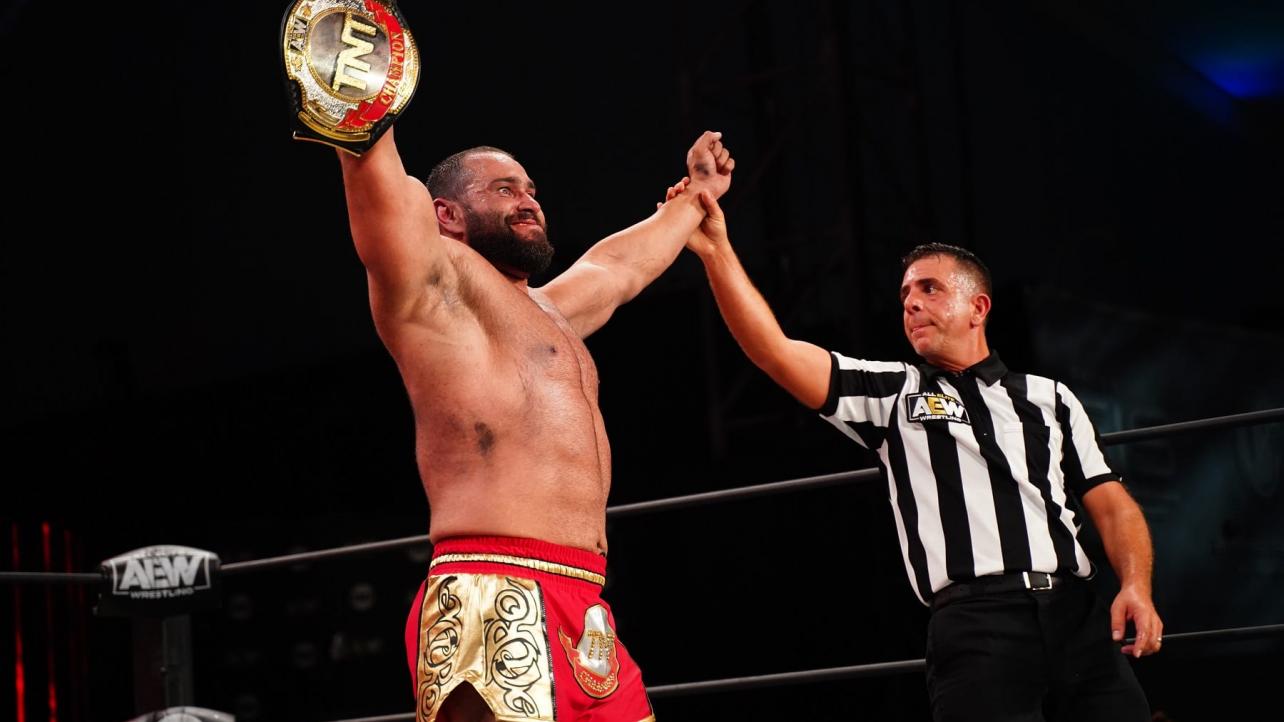 According to the latest report from Wrestling Observer Radio, AEW will be keeping the TNT title name following their move to TBS in 2022 even though their main program, Dynamite, will no longer be broadcast on TNT. The belt is currently held by Miro, who will be defending it against Lance Archer at next Sunday’s Double or Nothing pay per view.

AEW has also provided a storyline update on rising star Austin Gunn, who was defeated by Anthony Ogogo on last night’s show via referee stoppage. The promotion writes on Twitter that the son of Billy will be out for 8-10 weeks following a injuries sustained from the former boxing champion’s devastating punches to the gut.

#AEWDynamite injury update@theaustingunn as a result of injuries sustained in his match up tonight with #TheGuvnor @AnthonyOgogo on #AEWDynamite, will be out of action for the next 8-10 weeks. pic.twitter.com/I5poVhyL4V