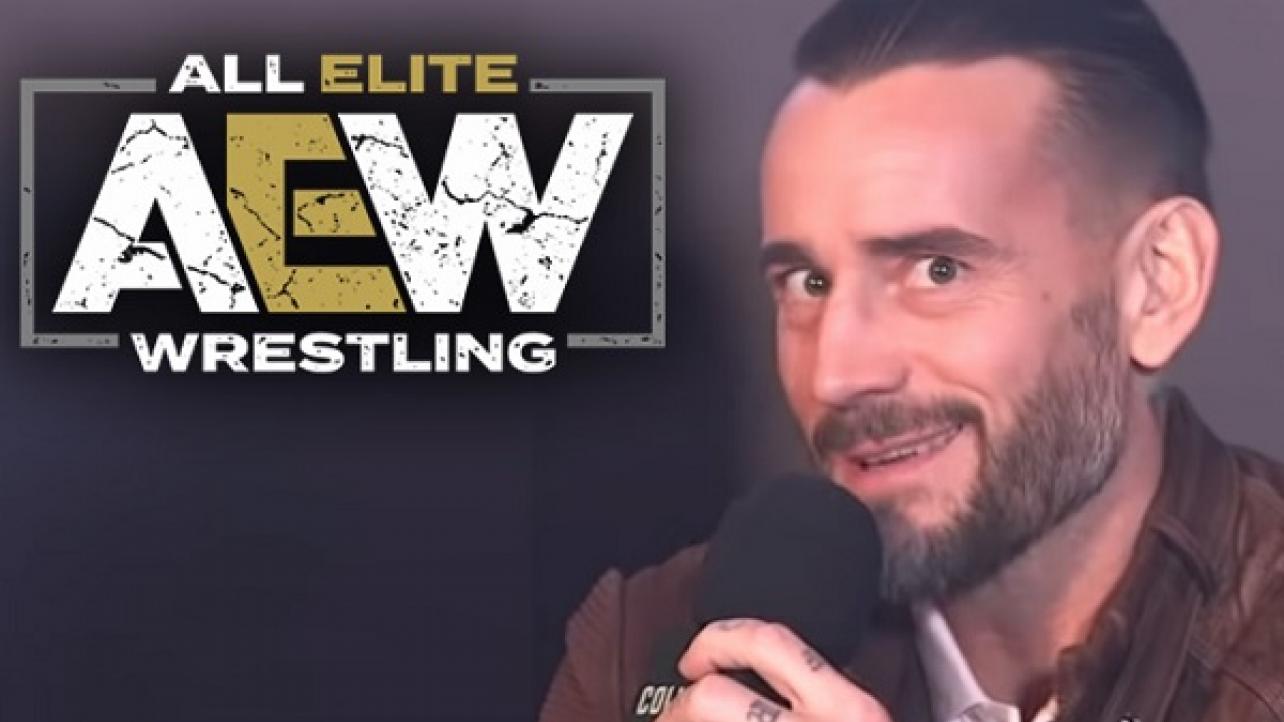 AEW Not Only Negotiated With CM Punk, Entire Promotion Was Almost Launched Based On His Signing

Not only did All Elite Wrestling negotiate with CM Punk for quite a long time before he turned up on WWE Backstage On FS1 this week, the entire AEW promotion was almost launched specifically on the potential signing of “The Best in the World.”

According to Dave Meltzer (@DaveMeltzerWON) in the latest issue of his long-trusted Wrestling Observer Newsletter at F4WOnline.com, AEW not only made an offer to CM Punk to join them, but they opened dialogue with him dating as far back as 2018 — long before the promotion even came into existence.

When Tony Khan — the founder and president of AEW — was first exploring the idea of a new wrestling company, Punk was reportedly one of the first people he contacted with intentions of signing.

AEW’s offer was significant and Punk even had at least one personal face-to-face meeting with Khan with some additional conversations taking place over time as well.

According to the report, the talks went cold when AEW was ready to launch, and according to Punk the two sides had discussions as recently as June where an offer came through a “text message,” which Punk criticized in an online interview.

It was only after that AEW executives became resigned to the fact that if Punk was going to return to wrestling, it would likely be under the WWE umbrella in some form-or-fashion, which is essentially exactly what ended up happening.

As noted, CM Punk made his return to WWE via the new FOX-produced studio TV series, WWE Backstage On FS1, last Tuesday night. He is being advertised for a featured segment on this coming Tuesday night’s edition of WWE Backstage as well.

For those who missed it, click here to watch the video of CM Punk’s surprise appearance at the end of this past week’s episode of WWE Backstage On FS1.

Additionally, you can watch the WWE & FOX crew’s priceless off-air reaction to CM Punk’s WWE return once the show ended. You can also watch an entire behind-the-scenes documentary following Punk in the final moments leading up to his surprise WWE return.

As far as CM Punk’s actual WWE status is concerned, that is a sticky situation and one that isn’t easy to explain in brief fashion. Check out our full backstage news update regarding CM Punk’s WWE status here.

Another interesting article related to the story features backstage news revealing who isn’t happy that CM Punk is back and if he’ll turn up at WWE Survivor Series in his hometown of Chicago on Sunday, just days after his much-hyped first full appearance on WWE Backstage On FS1 on Tuesday.

We will keep you posted here at eWrestling.com as any new information regarding CM Punk’s WWE status surfaces!

MUST-READ: #AEW not only negotiated w/ @CMPunk for over a year … the entire #AllEliteWrestling promotion was originally planned to launch SPECIFICALLY based on signing of former #WWE Superstar-turned 0-2 #UFC/#MMA fighter!

AEW Not Only Negotiated With CM Punk, Entire Promotion Was Almost Launched Based On His Signing