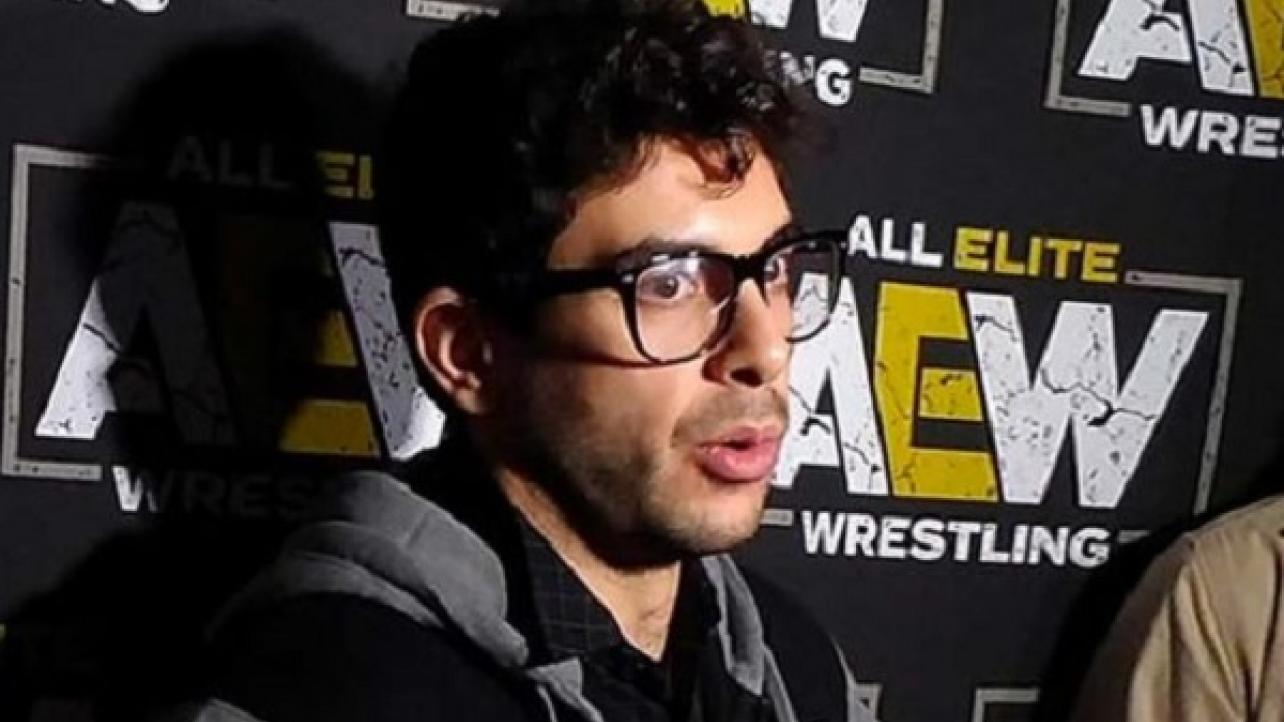 Following a successful pay-per-view on Saturday night, All Elite Wrestling (AEW) Co-Owner and President Tony Khan spoke with reporters in attendance for a post-Double Or Nothing media scrum.

Khan continued, “I’m not really thinking about their shows and I hope their shows are great because at the best times in wrestling, honestly, everyone was doing great stuff because there was a time 20 years ago where all the shows were great. Maybe 21 years ago. 1998 was a really good year. I think we can get there again.”

From there, Khan discussed AEW’s deal with Warner Media Group, which calls for a two-hour weekly AEW television show on TNT.

“I’m so excited when we get to weekly,” Khan said of AEW’s TV deal with TNT. “We’ve done a show that now we can hang our hat on, we’ve done one of the great wrestling PPVs, but I’m really excited to get to weekly.”

Khan concluded, “It’s just going to be a better quality of life.”

Check out the complete Tony Khan media scrum from Saturday night below. For those who missed Saturday night’s show, check out our detailed PPV report here: AEW Double Or Nothing Results (5/25/2019): Las Vegas, NV.

(H/T to 411Mania.com for transcribing the above Tony Khan media scrum quotes.)