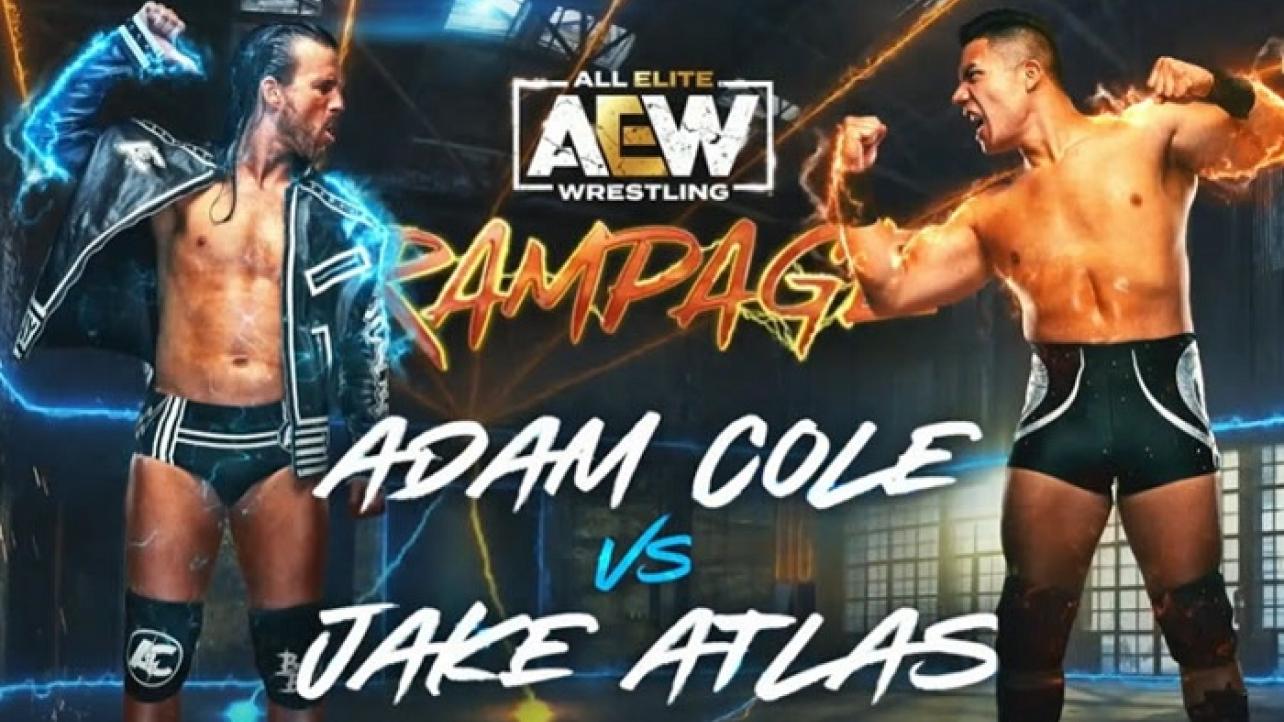 The lineup is set for this week’s edition of AEW Rampage.

During the inaugural AEW Dynamite on TBS show on Wednesday night at the Prudential Center in Newark, New Jersey, more matches were officially announced for Rampage on Friday night.

On tap for this week’s AEW Rampage is the third bout from Taz’s son and breakout member of Team Taz, Hook. Also, the in-ring television debut of newcomer Jake Atlas will take place, along with a six-man tag-team match and a women’s tag bout.

Featured below is the advertised lineup heading into this week’s Rampage show.

Make sure to join us here at eWrestling.com this Friday night for live AEW Rampage on TNT results coverage from Newark, N.J.