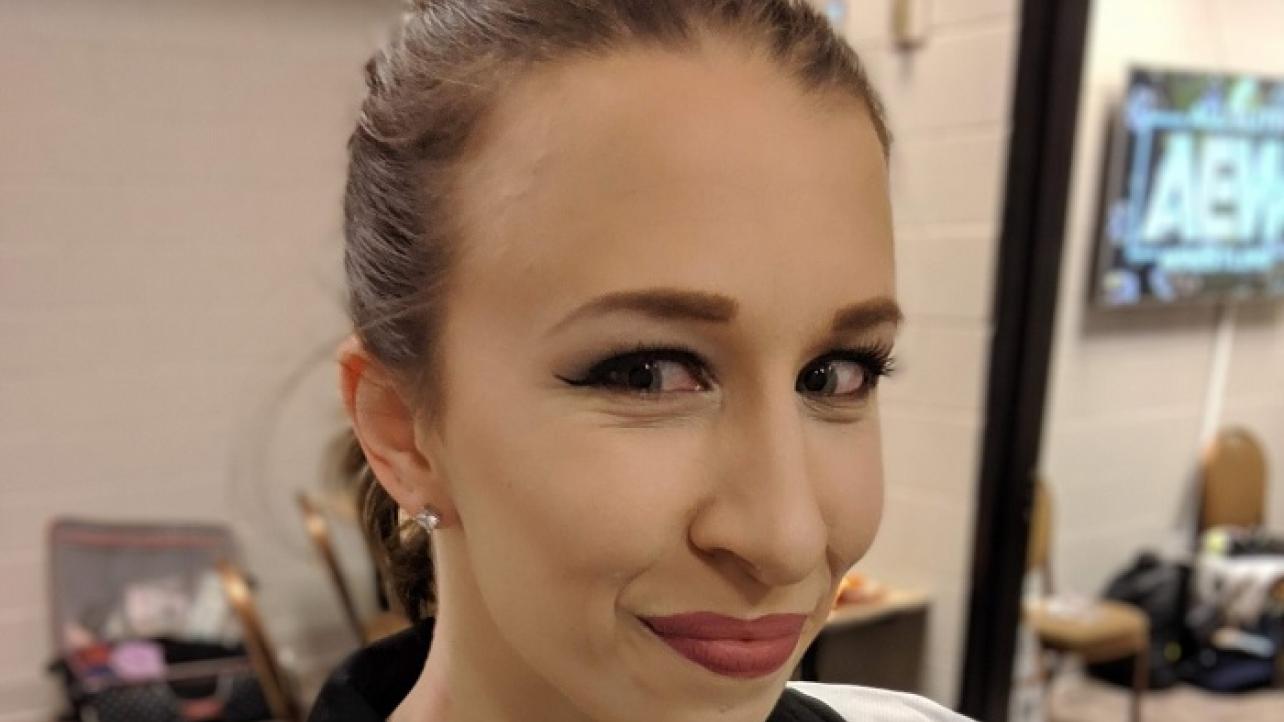 AEW referee Aubrey Edwards is in a giving mood this holiday season.

The co-host of the weekly AEW Unrestricted podcast with Tony Schiavone and one of the officials for All Elite Wrestling, Aubrey Edwards is donating her referee shirt for a good cause.

AEW sent along the following press release on Thursday with details of the Aubrey Edwards charity venture.

December 17, 2020 – All Elite Wrestling and its new AEW GAMES division announced that Referee Aubrey Edwards will be auctioning the referee shirt she wore — and dramatically “hulked” off — during the AEW GAMES virtual launch event last month. All proceeds from the auction will be donated to Code.org to benefit the nonprofit organization’s computer science programs and initiatives.

During the star-studded AEW GAMES launch event hosted on YouTube, Aubrey was serving as a presenter along with Kenny Omega, Cody Rhodes and Dr. Britt Baker when she tore off her ubiquitous referee shirt to reveal a dark turtleneck underneath. With the four presenters all sporting similar turtlenecks, they shared the company’s plans to reimagine the gaming world. The new venture will initially deliver three new gaming options to fans including two mobile games and the highly anticipated console game being developed with the renowned video game developer YUKE’S.

Just in time for holiday gift shopping, the three-day online auction for the framed, autographed referee shirt is officially open as of this morning, Thursday, Dec. 17, at donate.code.org/AEW. Fans have until Saturday, Dec. 19, at 11:59 p.m. ET to bid on the unique shirt.

Aubrey made history herself at AEW’s ALL OUT in 2019 when she became the first woman to referee the main event of a pay-per-view as Chris Jericho captured the inaugural AEW World Championship title. A graduate of DigiPen in Redmond, Wash., with a degree in computer science, as well as a proud supporter of Seattle-based Code.org, Aubrey contacted the organization to help raise funds through the auction.