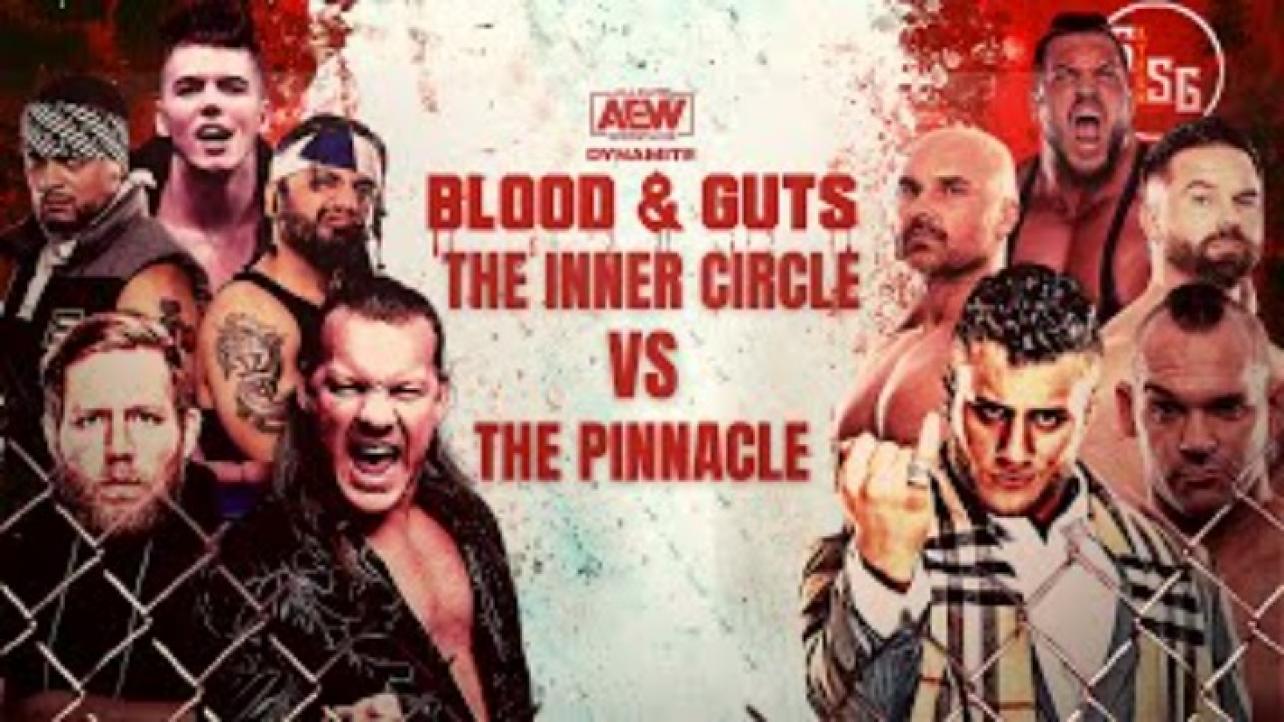 AEW Reportedly Had To Cut Some Time From Blood and Guts, First Hour Taped Weeks Ago

Last night AEW held their special Blood and Guts edition of Dynamite on TNT, which saw the Pinnacle defeat The Inner Circle in the marquee cage matchup in the evening’s main event.

According to the latest Wrestling Observer Radio, some time did have to be cut from the headlining bout as several time intervals were slightly shorter than previously advertised, specifically the opening stretch between Sammy Guevara and FTR’s Dax Harwood. While there is no direct reason for the delay speculation is that the Kenny Omega and Orange Cassidy segment ran slightly longer than anticipated.

The report also mentions that the first hour of the show was taped weeks ago and that fans in attendance watched on the big screen. This was done because of the elaborate setup for the Blood and Guts matchup, confirming that for those who attended live this was indeed just a one match show. The undercard saw Cody Rhodes, Britt Baker, and SCU all emerge victorious.

AEW Reportedly Had To Cut Some Time From Blood and Guts, First Hour Taped Weeks Ago