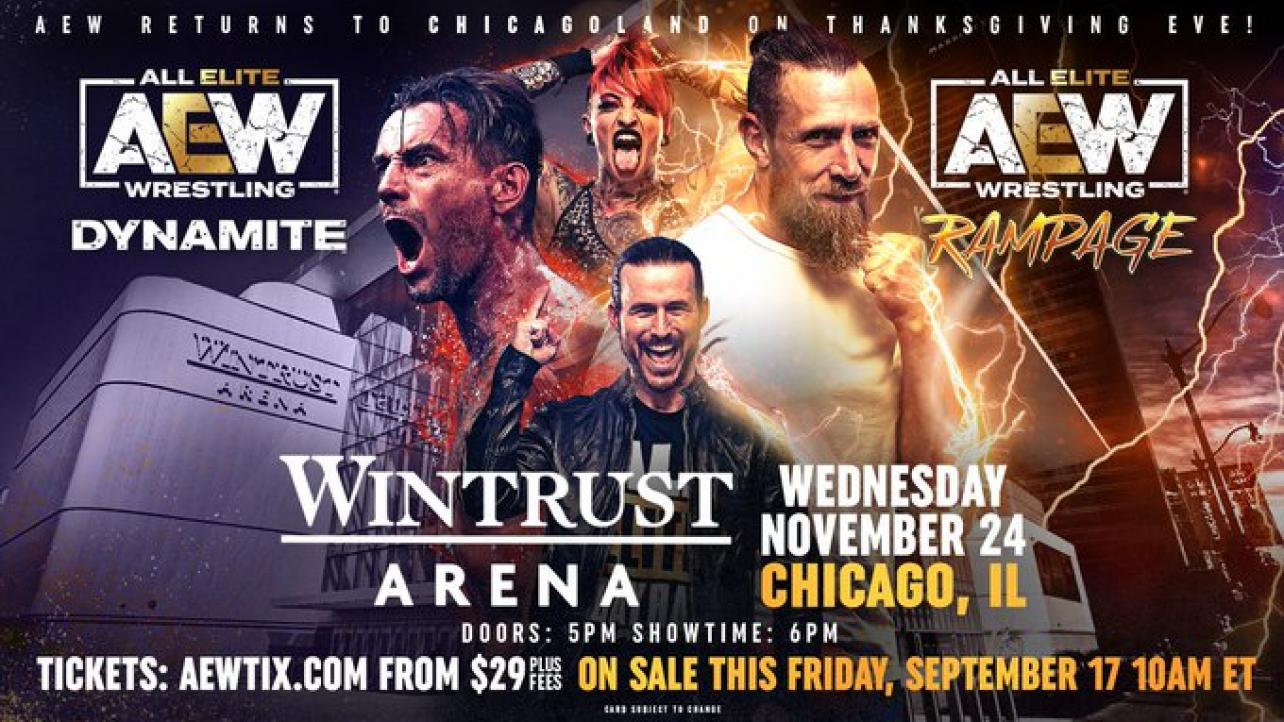 All Elite Wrestling is headed back to Chi-Town.

On Tuesday, AEW announced that they will be running the WinTrust Arena in Chicago, Ill. for a Thanksgiving Eve television taping for AEW Dynamite and AEW Rampage.

Check out the official announcement via the tweet embedded below courtesy of the official Twitter feed of All Elite Wrestling.