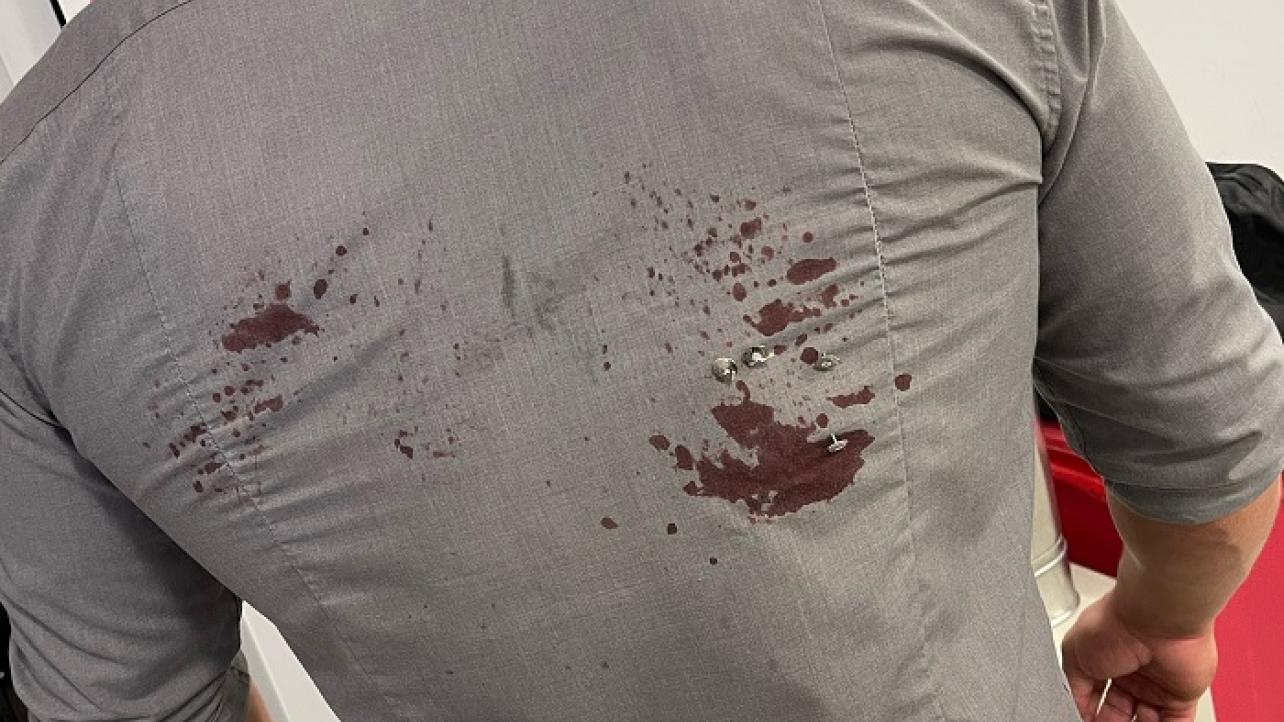 Wardlow’s back took a beating this week.

As seen during the MJF segment on AEW Dynamite on TNT on Wednesday night, Wardlow found himself victim of shots to the back from a special skateboard covered in thumb-tacks.

The beating to the big man from The Pinnacle faction led by the aforementioned Maxwell Jacob Friedman was courtesy of AEW fan-favorite Darby Allin.

Following the show, AEW shared photos of Wardlow’s bloody, beaten up back after the segment immediately wrapped up inside Agganis Arena in Boston, Massachusetts.

“Wardlow’s back after being smacked with Darby Allin’s thumbtack skateboard on AEW Dynamite,” read the caption that accompanied the handful of photos shared by the official AEW Twitter feed of Wardlow backstage at Agganis Arena in Boston, MA.

Check out the photos of Wardlow’s bloody, beaten up back following the thumbtack skateboard segment with Darby Allin on this week’s AEW Dynamite show via the tweet embedded below courtesy of the official AEW Twitter feed.