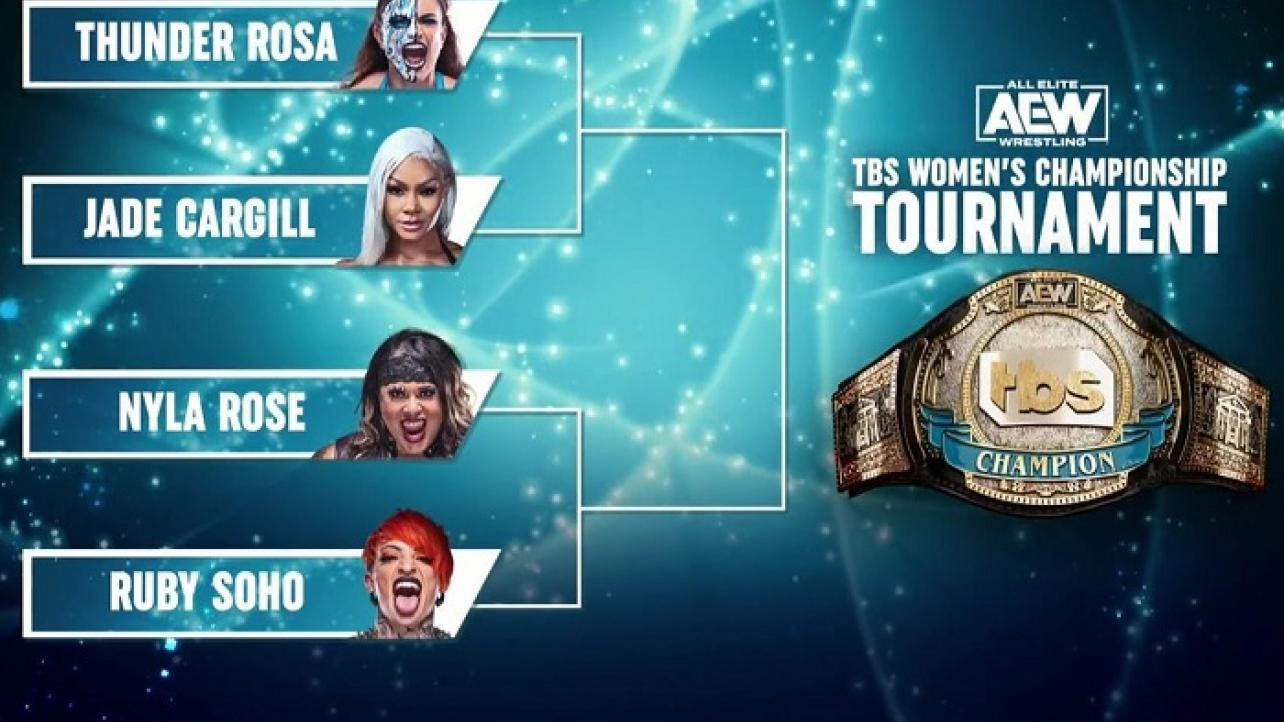 The semifinals for the TBS Women’s Championship tournament are now set.

Wednesday night’s AEW Dynamite show saw Ruby Soho defeat Kris Statlander in the final quarterfinal bout in the ongoing tourney, which will culminate with the inaugural TBS Women’s Champion being crowned on the debut edition of AEW Dynamite on TBS when the show moves from TNT on January 5, 2022.

After the match, Soho’s scheduled opponent in one of two semifinal bouts, Nyla Rose, hit the ring and delivered a post-match attack. Rose left Soho laid out in the ring as she and Vickie Guerrero headed to the back with the momentum advantage over Soho ahead of their showdown in the next round of the tourney.

Check out a look at the updated TBS Women’s Championship tournament brackets via the tweet embedded below courtesy of the official AEW Twitter feed. Also featured below is video footage of Nyla Rose’s post-match attack on Ruby Soho from this week’s AEW Dynamite show.