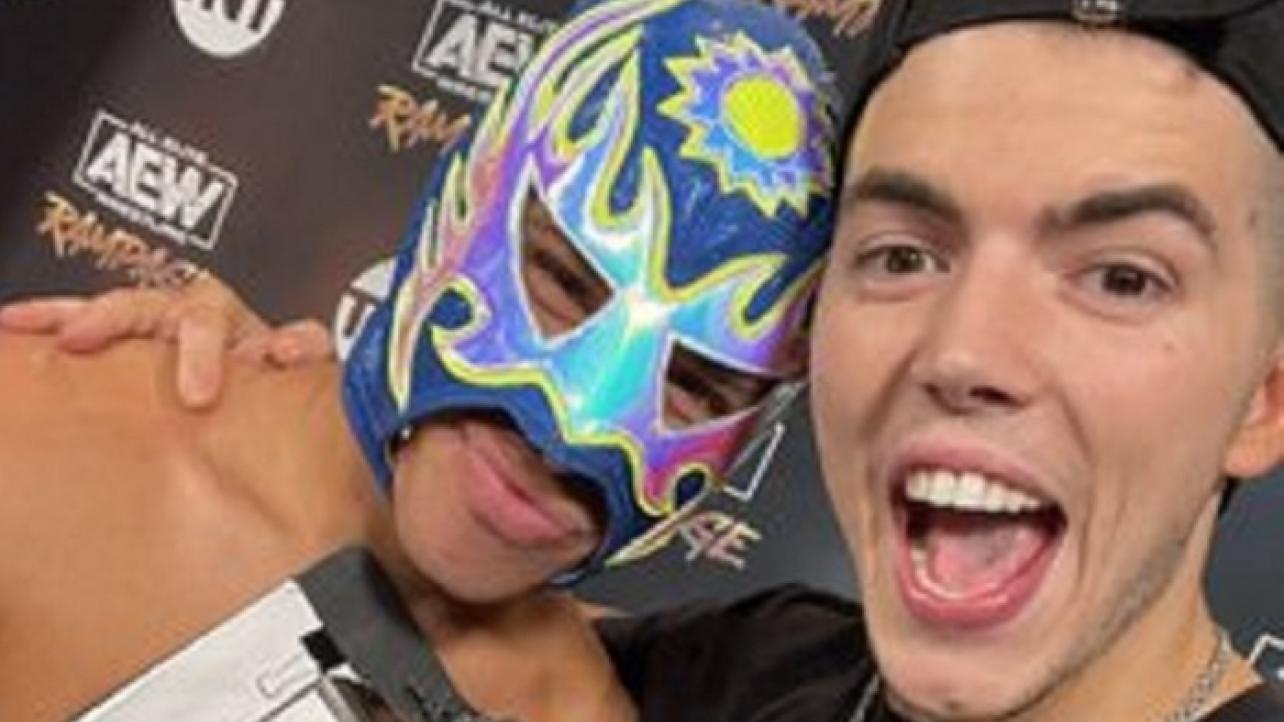 Fuego Del Sol is All Elite.

As seen during the inaugural edition of AEW Rampage on TNT on Friday night, the masked wrestling star was officially given a contract to join the promotion.

The segment played out after his loss to Miro in his bid to capture the TNT Championship and a full-time contract with the company.

Following a commercial break, Sammy Guevara came down to the ring after being joined at the top of the entrance stage by AEW President Tony Khan, who handed him a contract. He mentioned being best friends with Del Sol and as he became emotional, he noted that due to his connection with the fans, he would be getting a contract to join AEW despite coming up short against Miro.

After the show, Guevara shared these photos from backstage at the Petersen Events Center in Pittsburgh, PA. from Friday night, which AEW later re-tweeted.

What a night! Congratulations @FuegoDelSol love you man! #aewrampage pic.twitter.com/6md400Pagm