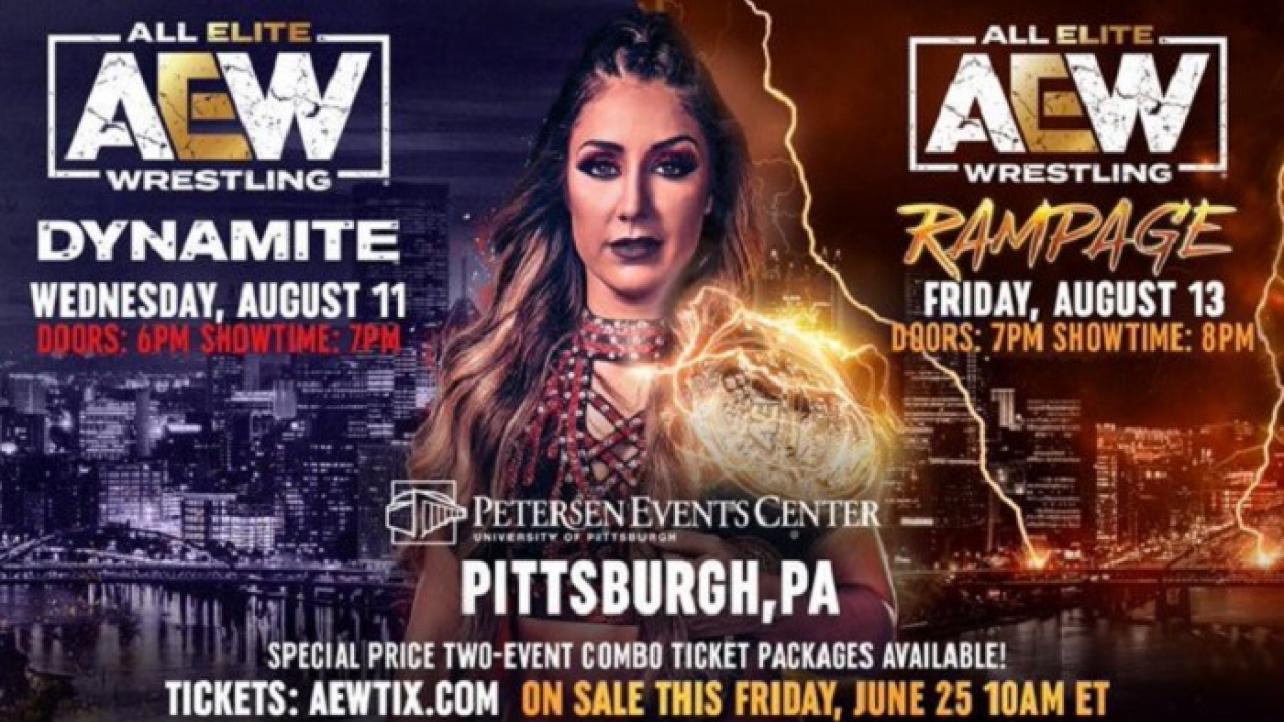 – The promotion has begun for tickets to the debut edition of the new weekly series from All Elite Wrestling, AEW Rampage, which premieres on Friday, August 13, 2021 at the Petersen Events Center in Pittsburgh, Pennsylvania. On Saturday, AEW released the following promotional tweet regarding the 8/13 premiere episode, with tickets on sale now at AEWTIX.com.

– In related news, the company also continues to promote tickets being on sale at the same website for a show at the same venue and location, as AEW Dynamite will take place the same week, two days prior to the aforementioned Rampage premiere, featuring the advertised “Homecoming” of AEW Women’s World Champion Dr. Britt Baker, D.M.D. Check out details on tickets for the show via the following tweet from AEW’s official Twitter feed.

Pittsburgh get ready the #SteelCity is in for a double dose of #AEW when we return to the @Petersen_Events for two LIVE broadcasts
Wed, Aug 11 – #AEWDynamite
Fri, Aug 13 – @AEWRampage Premiere
Tix for both go on-sale NOW at 10am Eastern
– https://t.co/UN1cNj1kQq pic.twitter.com/zglwVCi0Fi