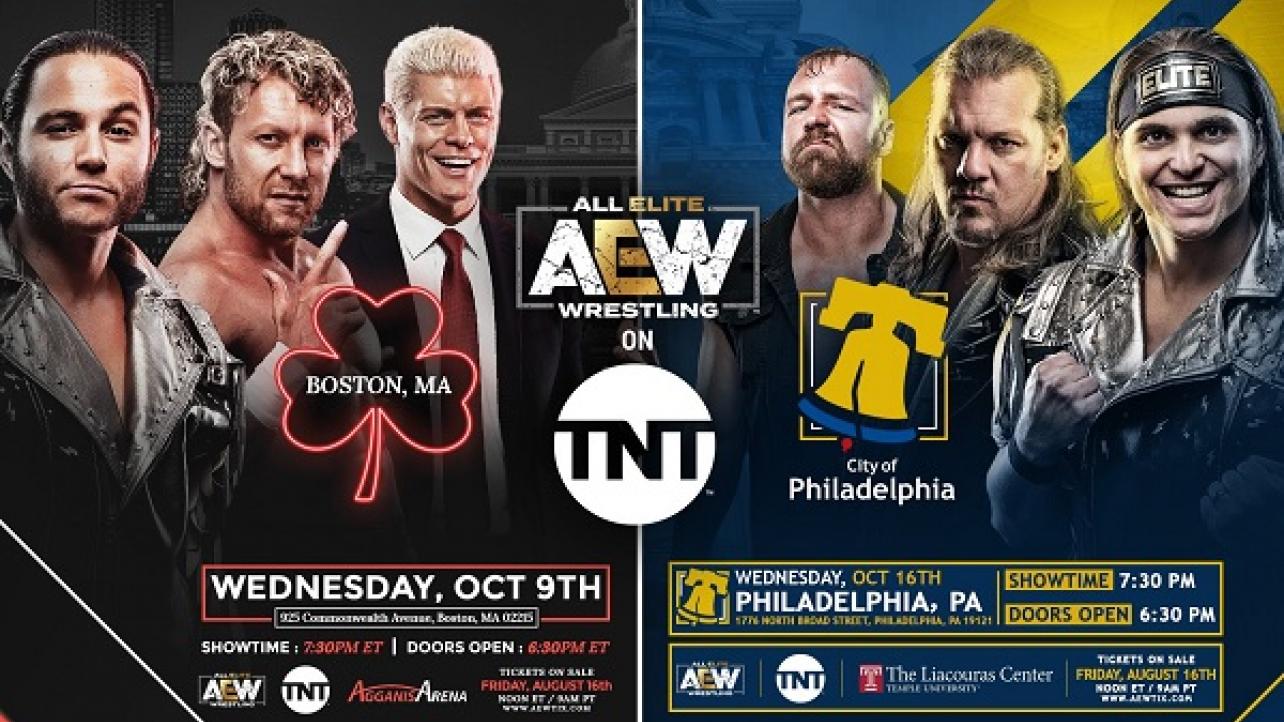 As noted, All Elite Wrestling (AEW) announced that weeks two and three of their new AEW On TNT television show would air from Boston, Massachusetts (Agganis Arena) and Philadelphia, Pennsylvania (The Liacouras Center), respectively.

Today, AEW announced details on how fans can purchase tickets to these events.

Tickets will officially go on-sale for episodes two and three of AEW On TNT next Friday, August 16th at Noon Eastern Time / 9am Pacific Time at AEWTix.com.

AEW On TNT ticket prices are as follows:

Check out the announcements regarding AEW On TNT tickets from the official Twitter pages of AEW, Agganis Arena and The Liacouras Center below.

Tickets will go on sale next Friday at 12pm Eastern time! Be sure to get your tickets quick for this event as tickets will sell fast… https://t.co/89y9zObIC0

Tickets go on sale next Friday, August 16th at Noon ET / 9am PT for @AEWonTNT Live Broadcasts from Boston (10/9 @AgganisArena) and Philadelphia (10/16 @LiacourasCenter)

Tickets will start at just $20 (not including facility fees & service charges) – https://t.co/nMLVy1tGI8 pic.twitter.com/stA7sWWcEU