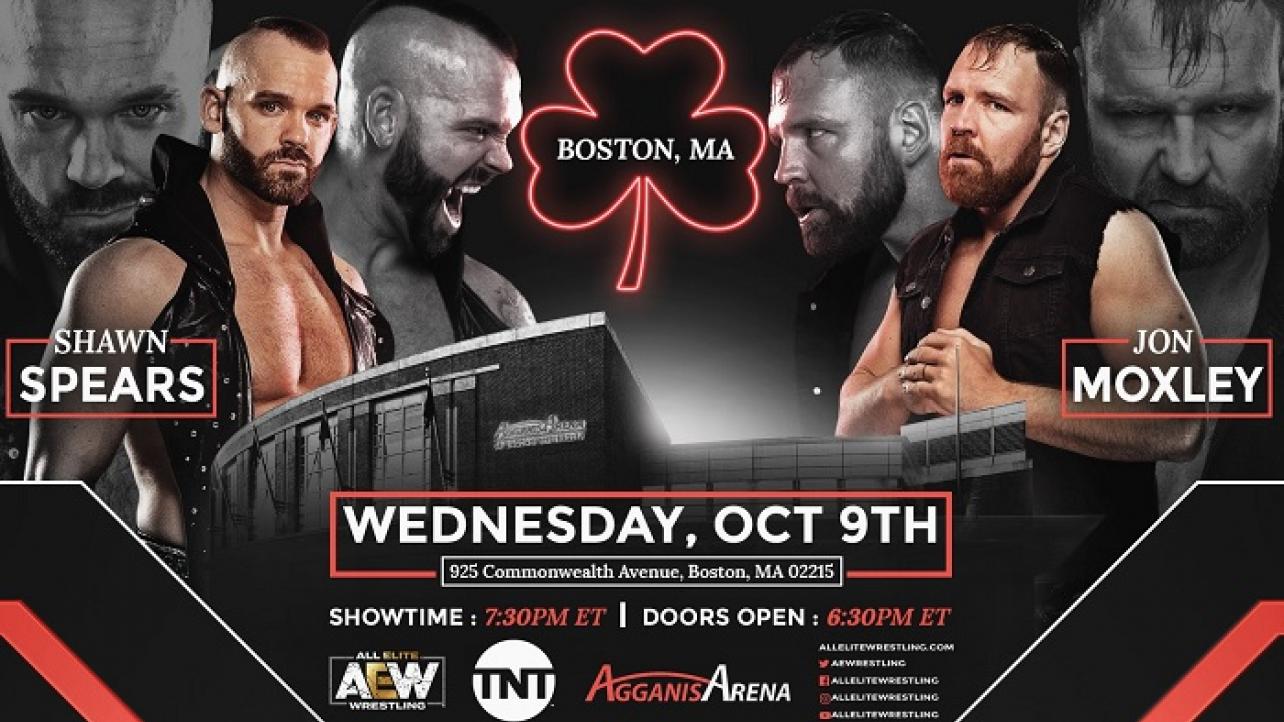 As promised, AEW announced a match for their week three edition of AEW On TNT, which takes place from the Agganis Arena in Boston, Massachusetts on Wednesday, October 9th.

Yesterday, AEW announced that Jon Moxley vs. Shawn Spears is now official for their 10/9 episode of AEW On TNT.