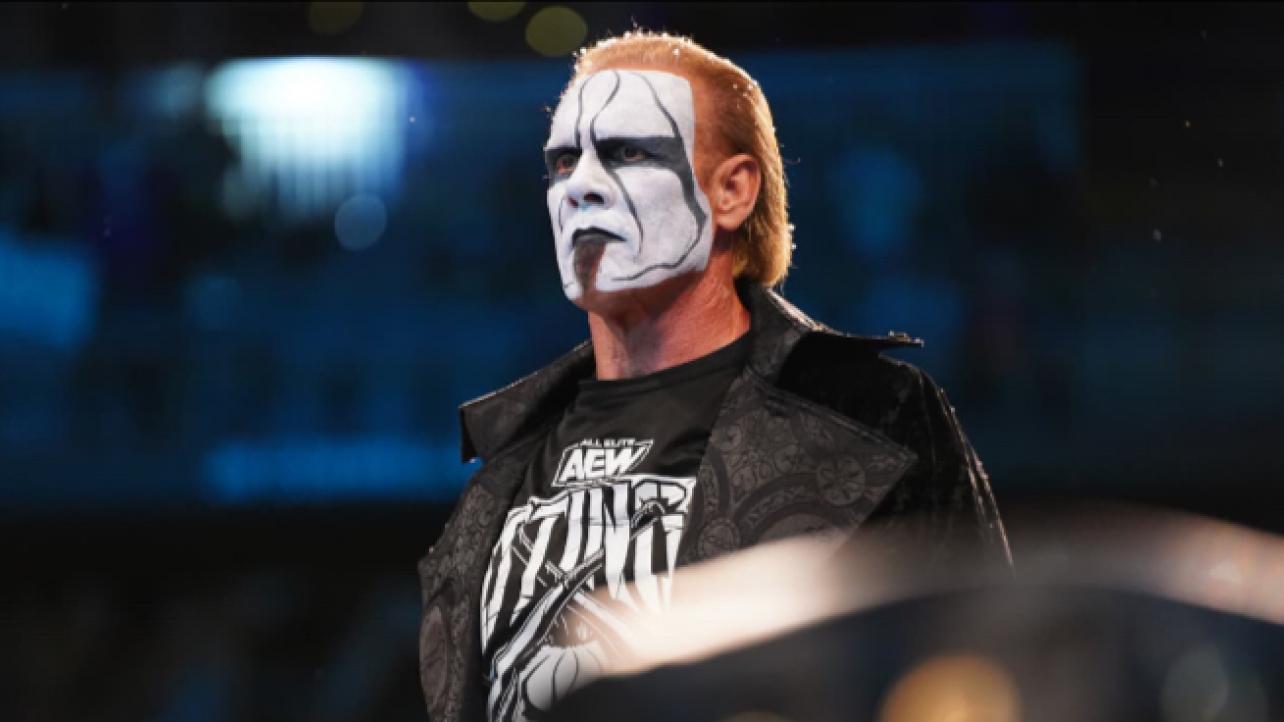 — This Wednesday’s “AEW: Dynamite” features Sting and Darby Allin in a Texas Tornado Tag Match against the surging team of 2.0–

August 16, 2021 – Twenty years and five months after defeating Ric Flair in the final “Night of Champions” episode of WCW Monday Nitro on TNT, “The Icon” Sting will once again wrestle on TNT this Wednesday in an all-new episode of “AEW: Dynamite,” live from the Fertitta Center in Houston, Texas.

Widely regarded as one of the greatest professional wrestlers ever, Sting, along with his protégé Darby Allin, will take on the surging team of Matt Lee and Jeff Parker, better known as 2point0. This marks Sting’s first official match on TNT after a two-decade absence. Sting and Allin boast a perfect 2-0 record from their PPV victories over Brian Cage and Ricky Starks at “Revolution,” and Ethan Page and Scorpio Sky at “Double or Nothing.”

“My relationship with TNT goes back more than 25 years, so having the opportunity to wrestle on the network that housed some of my most important moments is pretty surreal,” said Sting. “The return of crowds has already been electric enough over the past month and a half, but there’s going to be an extra surge of adrenaline in Houston knowing that we’re live on TNT on Wednesday night.”

“When we first launched AEW, I was ecstatic to bring professional wrestling back to TNT after such a long absence,” said Tony Khan, AEW CEO, GM and Head of Creative. “So many wrestling fans, myself included, watched Sting defeat the legendary Ric Flair 20 years ago in that last match on TNT, and now it’s such a thrill that Sting will finally return to the ring on Wednesday Night Dynamite to team with Darby Allin against 2point0 in a Texas Tornado Tag Team Match. This historic match on Wednesday in Houston is just another example of AEW’s commitment to bring wrestling fans the great moments that they deserve.”

“I was much younger when Sting last wrestled on TNT, and now that I’m grown man, I’m excited to be a part of bringing the icon back to the network that made him famous. That young fan inside of me of Sting from twenty years ago, has only grown in admiration…kick those young whippersnappers’ asses,” said Sam Linsky, Associate General Manager, SVP, Programming and Operations, TBS, TNT and truTV.

Coming off a red-hot debut episode of “AEW: Rampage” last Friday that featured Dr. Britt Baker, D.M.D. retaining her AEW Women’s World Championship against Red Velvet in the main event match, this week’s “AEW: Dynamite” promises another stacked card. AEW World Tag Team Champions The Young Bucks will defend their titles against Jungle Boy and Luchasaurus of Jurassic Express, MJF and Chris Jericho will finally face off after Jericho conquered all four of MJF’s “Labors of Jericho,” and Sammy Guevara takes on Shawn Spears in a continuation of the boiling feud between The Pinnacle and The Inner Circle.

TNT, a WarnerMedia brand, is watched by more people than any other cable network and known for big, lean-forward television that gives viewers the best seat in the house for electrifying stories, dynamic characters and thrilling events. TNT is home to some of television’s most popular original series including “Snowpiercer,” “Animal Kingdom,” and “Claws.” TNT is expanding its programming to include premium unscripted with the docuseries “Shaq Life.” TNT also presents primetime specials and sports coverage, including the NBA and NCAA Division I Men’s Basketball Championships and the professional wrestling league All Elite Wrestling (AEW), which has exploded onto the scene?with “AEW: Dynamite.” Website:?www.tntdrama.com

About All Elite Wrestling

For the first time in many years, AEW is offering an alternative to mainstream wrestling, with a roster of world-class talent that is injecting new spirit, freshness and energy into the industry.