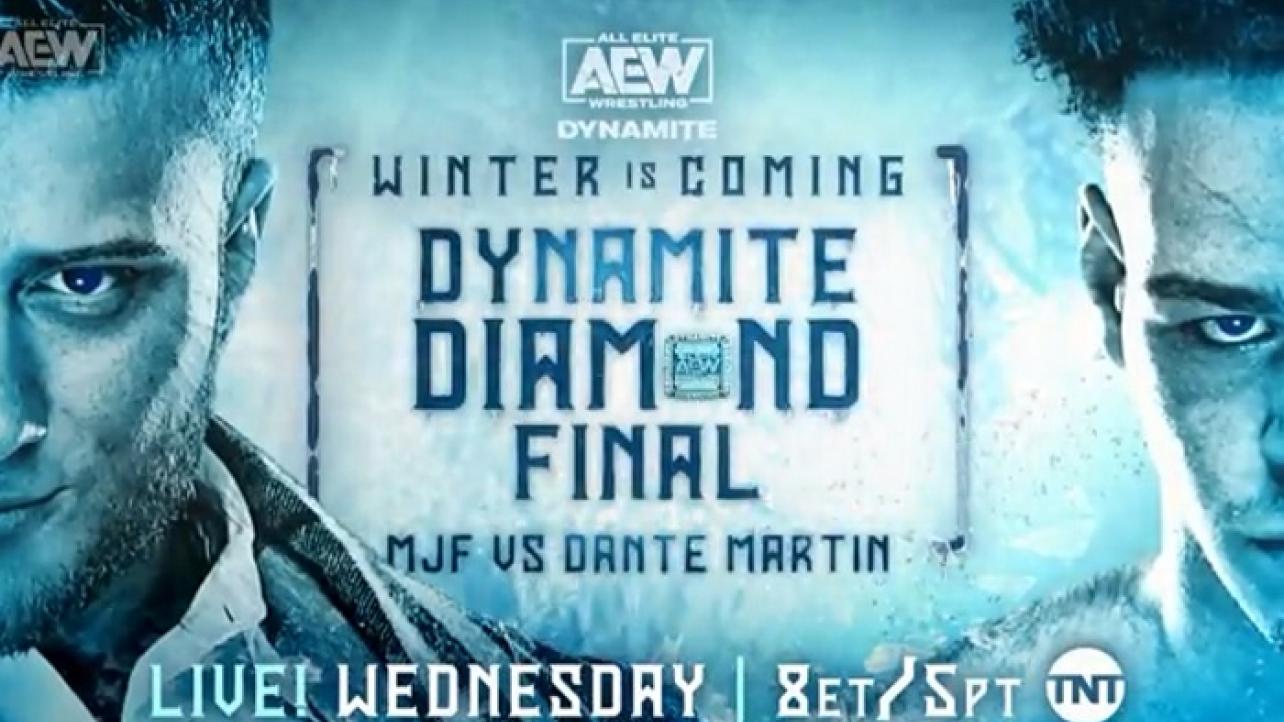 The lineup for the second annual AEW Winter Is Coming special has grown following the go-home edition of Dynamite on TNT.

The final two participants remaining in the third annual Dynamite Diamond Battle Royal were MJF and Dante Martin, meaning the two will square off in the finals on next week’s show to determine this year’s Dynamite Diamond Ring winner.

Additionally, the next TBS Women’s Championship tournament bout was announced for the show next week, with Serena Deeb going one-on-one against Hikaru Shida in the semifinals.

The main event of next week’s special event will see “Hangman” Adam Page putting his AEW World Championship on-the-line against number one ranked contender and the winner of the AEW World Title Eliminator Tournament — “The American Dragon” Bryan Danielson.

Check out the following video featuring the commentary team from this week’s Dynamite running down the currently advertised lineup for next week’s show.

Make sure to join us here at eWrestling.com on 12/15/2021 for live AEW Winter Is Coming results coverage.

#WinterIsComing next week on #AEWDynamite LIVE at 8ET/5PT on TNT! pic.twitter.com/fmUoT3she2