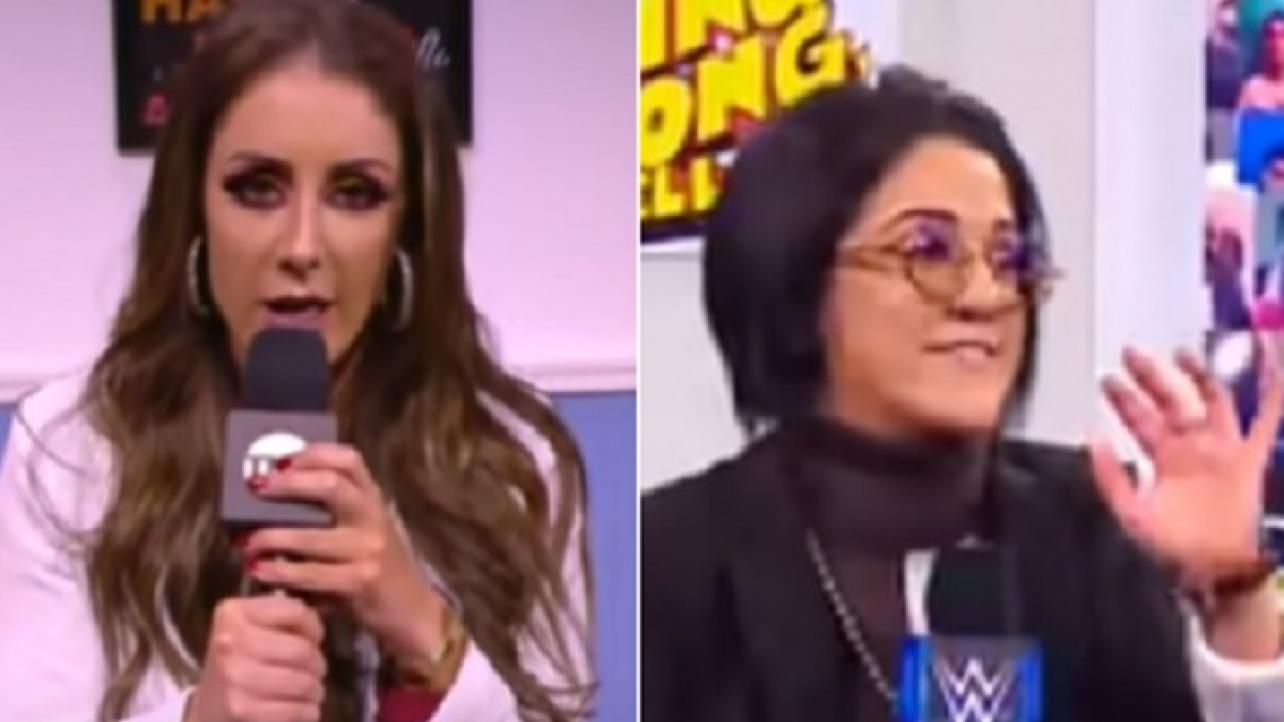 Dr. Britt Baker, D.M.D. has been making the media rounds to promote the second All Elite Wrestling pay-per-view of 2021, which takes place tonight at Daily’s Place amphitheater in Jacksonville, Florida — AEW Double Or Nothing.

In a recent promotional interview for the PPV that the number one ranked contender in the AEW women’s division took part in with TV Insider, she spoke about being a big fan of WWE Superstar Bayley, as well as her thoughts on AEW moving from TNT to TBS in 2022, getting respect from her peers and the pro wrestling fans and more.

On AEW moving from TNT to TBS in 2022: “Another night on mainstream TV for us is absolutely everything we’ve wanted and then some. We’re the new kids on the block, the rebels, the rowdy kids that don’t shut up. I think that is what makes us so charming. That being said, it doesn’t matter what network we’re on, it will always be ‘The Britt Show.’ TBS just so happens to be the appropriate letters. Finally, I can make a Britt shirt that says ‘The Britt Show TBS.’”

On getting respect from her peers and the pro wrestling fans: “That’s something that really hits me in the feels. It’s no secret that I was not a fan favorite when AEW started. I was constantly being told on social media that I didn’t belong on TV. You hear that enough times, and it really gets to you. Who turned the tables on them? Me. I’m the face of professional wrestling right now. There is nothing more satisfying than to give them all the middle finger. But even when I do, they cheer for me. I love it. There is one person who never doubted me, and that’s Tony Khan. Now I’m leading his company into more primetime TV.”

On AEW getting ready to go back on the road for live event in markets outside of Jacksonville, FL: “I’m nervous but excited because it kind of feels like a first date all over again with the fans. For me, I’m a whole new person. I’m excited, but you can’t help but be nervous. Do I still remember how to do this in front of 10,000 or more fans? At the end of the day, we are All Elite Wrestling, and that driving force is the wrestling fans.”

On being a self-admitted massive fan of WWE Superstar Bayley: “I’m a massive Bayley fan. I was watching Bayley matches when I was first training. When I was first hitting the wrestling ring, the Sasha [Banks] and Bayley TakeOver matches were my favorite. I watch them to this day. It’s kind of cool when your heroes become colleagues, even though we are in different companies. We’re both role models. I watch her and like to think she watches me and what I’m doing. It’s awesome and empowering to have that support.”