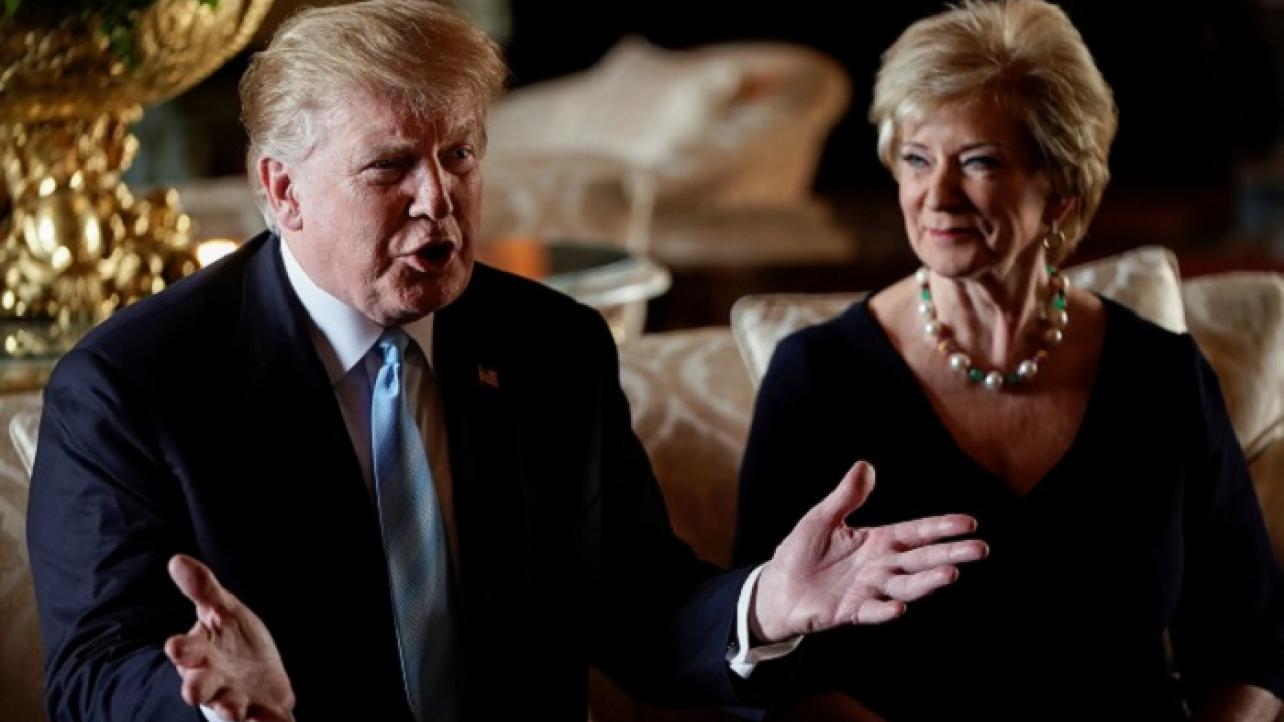 The American First Policy Institute (AFPI) has announced that Linda McMahon is their new Chairman of the Center for the American Worker.

The former WWE CEO also serves as the Chair of the Board for the institute.

“The American worker is the heart of our country,” said McMahon in a press release. “AFPI’s Center for the American Worker will reignite the focus on the dignity of work. We have to make sure that the workers, the innovators, and the entrepreneurs who bring these businesses to life have the tools and skills that they need for their workforce.”

AFPI President/CEO Brooke Rollins added, “There is no stronger advocate or voice for the American worker and their employers than Linda McMahon—an entrepreneur who helped grow a two-person small business to a worldwide, publicly traded corporation that employs hundreds. While serving as the 25th Administrator of the U.S. Small Business Administration, she advocated on behalf of the 30 million small businesses in America—the backbone of our Nation’s economy. I am excited for Linda to carry out AFPI’s mission putting the American worker FIRST.”

AFPI featured the following bio and video for Linda McMahon.

THE HONORABLE LINDA MCMAHON, Chair of the Board and Chairman of the Center for the American Worker

Linda McMahon is originally from New Bern, North Carolina, and serves as Chair of the Board for the America First Policy Institute (AFPI) and Chairman of the Center for the American Worker. McMahon served in President Donald J. Trump’s Cabinet as Administrator of the Small Business Administration (SBA). Under McMahon’s leadership at SBA, she re-imagined the organization, focusing on rural development and championing women entrepreneurs and military veterans. She oversaw natural disaster recovery efforts and helped improve the way the SBA connected small businesses to capital, counseling, and government contracts. After her service in the Trump Administration, she served as Chair of the America First Action SuperPAC, and America First Policy, LLC. Prior to her career in public service, McMahon was the President and later CEO of WWE, INC., which she and her husband, Vince, grew from a small regional corporation to a multinational Public Company.

“If you want something done, give it to a busy woman to do it.” – Lucille Ball