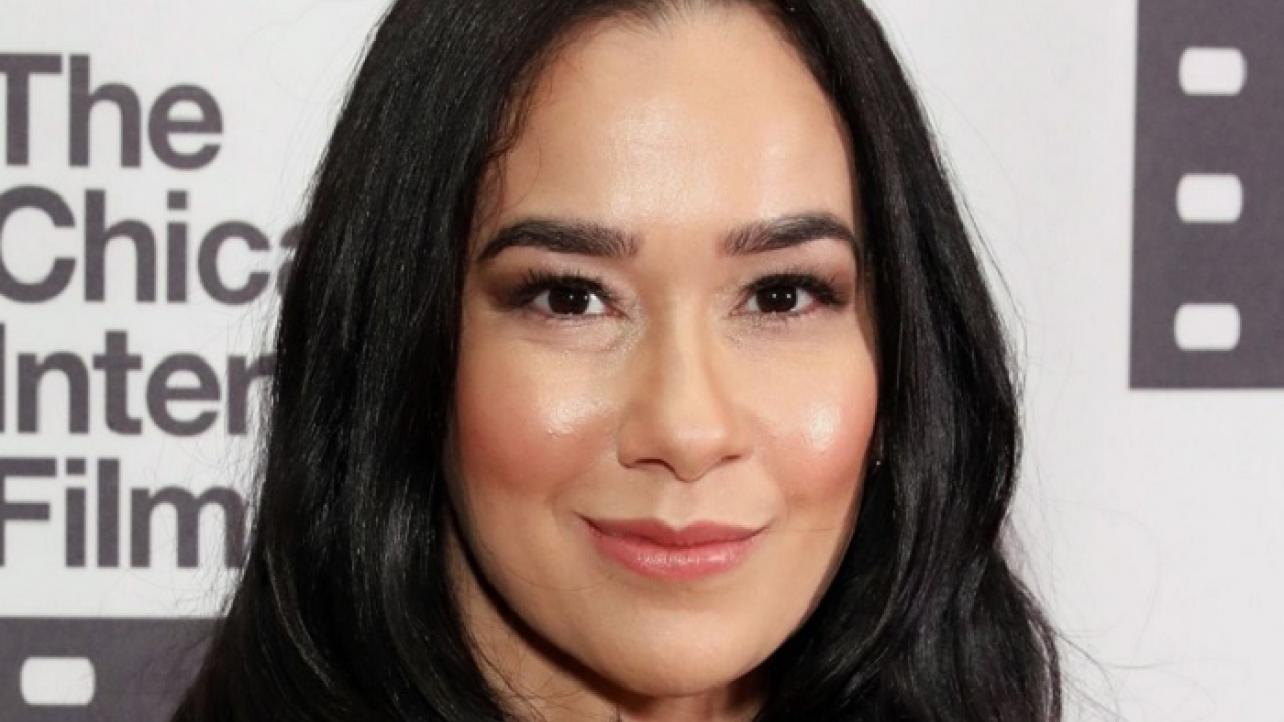 AJ Lee Opens Up About Mental Health Issues, Tells Story Of Suicide Attempt While In WWE

AJ Mendez-Brooks has been through a lot.

Now she wants to use what she has learned to help others who might be in a similar situation.

The former WWE Superstar known as AJ Lee recently appeared as a guest on the Maurice Benard: State Of Mine YouTube show for an in-depth interview covering the subject of mental health.

During the discussion, the women’s wrestling star spoke openly about her suicide attempt in 2014, which was while she was still an active performer in WWE.

Featured below is an excerpt from the interview where she tells her story.

“Nobody knew. And this is actually why I became a mental health advocate. And why I decided to, to write the book and write about this. And this I haven’t talked about yet. But I from the outside would have seemed like everything in the whole world. I was on TV, and I’m a champion, like, and I, you know, dream career got married, like, perfect, wonderful year. But a lot of times with bipolar disorder, big life changes kind of throw you off. And with the high, you’re gonna hit a low.

And so in the same year of my life, I moved to a different state. I got married, I got really sick. And I had to take time off work for surgeries. Actually, during one of the breaks I had, you know how this is because General Hospital is no time off. In wrestling there is no offseason, shoot, shoot, shoot, shoot, shoot. So the only time I ever got time off was surgery. And so me my husband were like, let’s just sneak a wedding in here. And that’s how we got married. So everything’s happening really fast and it’s just like a chaos and a tornado of highs and lows in life. But I was really sick and I was scared that I had to have multiple surgeries and so all this stuff is happening and then I got hurt in the ring and then my husband got sued and it was just all of a sudden that I you know, there was stuff in my family and so it’s all this stuff happening in the same year. And so careers like great and everything’s going great and I have my husband, but it was my bipolar disorder couldn’t handle it. It was it was too much for me. I wasn’t taking care of myself the way I should have been. I wasn’t in therapy consistently. I was playing fast and loose with my medication. Because I was being really vain about it because I gain weight when I’m on my medication and so I was, you know, I’m on TV, I’d rather be alive than have a six pack. But um, yeah, so during this chaos, the only solution to me, the only thing I could do was just I booked a hotel room and that was my plan. And so I, at some point, realized, okay, this isn’t my brain, it’s the darkness talking and I called the suicide prevention hotline. And the tricky thing about that is my phone number was out of the area code. And you have to, they have to route your number by area code, so they can send emergency services if they need to.

And so once they found out I wasn’t where my area code was, they were like, you have to call this number, this is like your local one, you have to do this, please promise you really call this number, write this number down. I was like, yea yea yea, I didn’t write it down, just hung up. And I was like, That’s the sign I’m supposed to do this. So I went back to it and then something else was like, No, No, try again. Try again. And I was like, I don’t have the number. I don’t have the number. Maybe I should call 311 and ask them for the number. So I call – first of all, only I would have the hilarious suicide attempt, like where it just goes wrong and somebody is like when you have the wrong number when you call the suicide prevention hotline. Only me, but so like, okay, 311 might help me get the right number and the man on the other end of the phone, this man was so patient and so kind. And I don’t even understand what happened. But I just started telling him everything. This kind stranger who gets like noise complaints, this is not his job. And I didn’t realize that it was the first time in a long, long time someone had shown me kindness, and was just like, Oh, that sucks. Like, for so long people just thought I was like on the top of world and I’m the caretaker in my family I was providing for everybody, but there wasn’t anybody checking in on me and so it’s just I didn’t realize I just needed somebody to check in on me and it was this tiny, small act of kindness that literally saved my life. Like, I don’t know his name, I just remember his voice. I can hear his voice right now. It was just kind and patient and he just listened and that was enough for me to go, Okay, I need to go home like this is terrifying. And so that I just thought like, I could handle it on my own and so what I realized from that was that I needed to talk about my diagnosis because a huge problem was I was hiding it. Like the world didn’t know at the time that I was bipolar and I never talked to any mental health. So I needed to, like come out of hiding…”

AJ Lee Opens Up About Mental Health Issues, Tells Story Of Suicide Attempt While In WWE