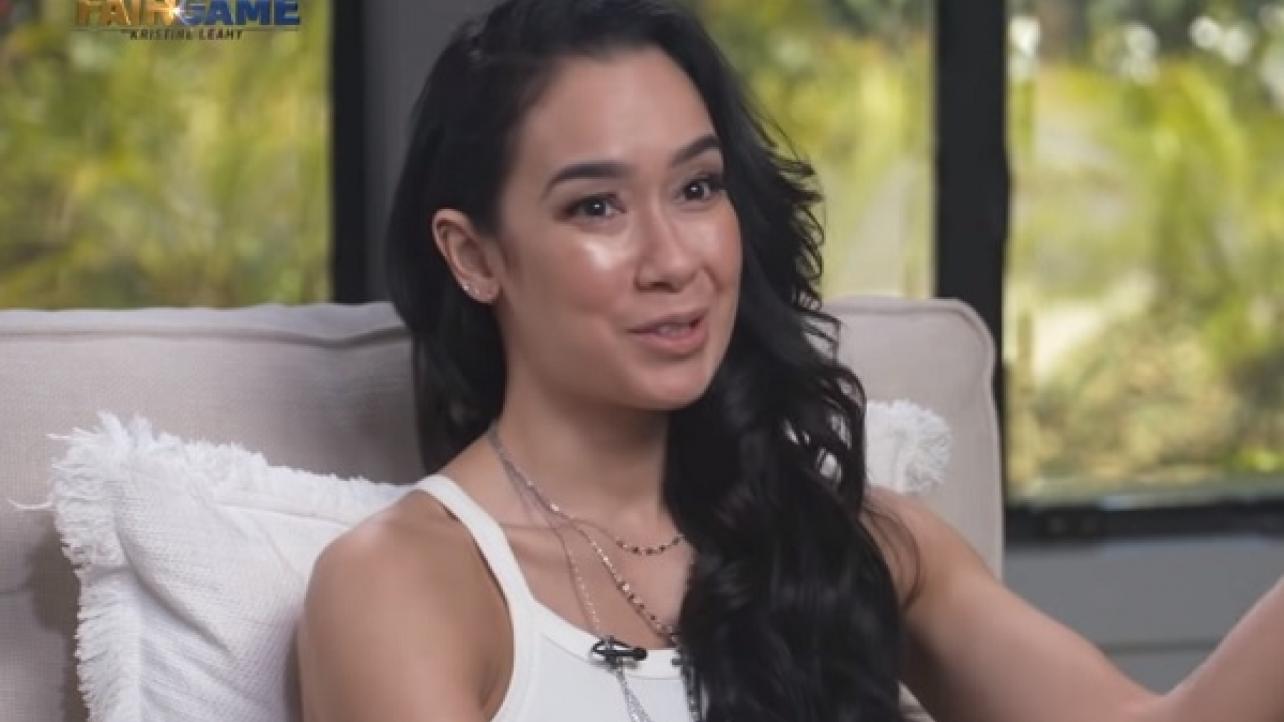 During the discussion, Mrs. Phil “CM Punk” Brooks spoke about whether or not a return to the squared circle, or even WWE, is a possibility. The author of one of the best women’s wrestling promos of the early Women’s Revolution in WWE, the female pipe-bomb, used the popular “Never Say Never” quote when asked about a potential return to the ring for World Wrestling Entertainment.

Will @WWE fans see @TheAJMendez in one more match?

Featured below are some of the highlights from A.J. Lee’s new interview on FS1’s “Fair Game.”

On growing up as a fan of pro wrestling at a young age with her brother: “My brother was my best friend in the world growing up. He couldn’t stand me and he tried getting of me, but when we watched wrestling together he’d get me to shut up for a few minutes. We’d watch wrestling for a few years and this one day I thought, ‘I’m going to do that.’ I remember my mom walking past us and I went, ‘I’m going to be a wrestler when I grow up.’ and she thought that was nice. I was 12, and from that day I knew what I wanted to do.”

On her journey to WWE and starting out in the pro wrestling business: “I went to film school for a solid six months, I could not afford it. I saw that as a sign that I should get into wrestling. At about 18-19 I started in the independent circuit, training at a local gym. I wrestled in gyms and bingo halls, getting paid in food sometimes. I remember one time I made $60 for four matches in one night, I thought I was loaded. At this point every 3-4 years WWE would have this open casting call that you had to pay $1,500 to participate in. I’ve never seen that much money in my life. I missed one year and I said I was going to save up my money. I saved all of my indie wrestling bookings, I was a secretary at the time. I starved for a year, I stole food at my jobs waiting room. I paid to try out. It was this four-day tryout in Florida. Out of 80 guys, there were also dancers and models, and then there was me. And I got signed.”

On whether or not an in-ring return and / or WWE comeback is a possibility: “I’d say never say never. Every time I’ve said ‘never’ in my life I ended up doing the thing. ‘I’m never going to date a wrestler, never going to date another wrestler.’ And then it keeps going and I ended up marrying one. I say that I don’t know what the future holds, to not hold your breath. But never say never.”

Check out the complete one-on-one interview between A.J. “Lee” Mendez-Brooks and Kristine Leahy from FS1’s “Fair Game” below. Thanks to Daniel Yanofsky (@DanYanofsky) of WrestlingInc.com for transcribing the above A.J. Lee interview quotes.

Lemme answer your questions: Yes, I need to stand on the kitchen counter to reach the cabinet shelves. And HELL YES, you can catch my Fair Game interview with the amazing @KristineLeahy tonight at 5:30PM ET on FS1! @FairGameonFS1 pic.twitter.com/wB92axtqos