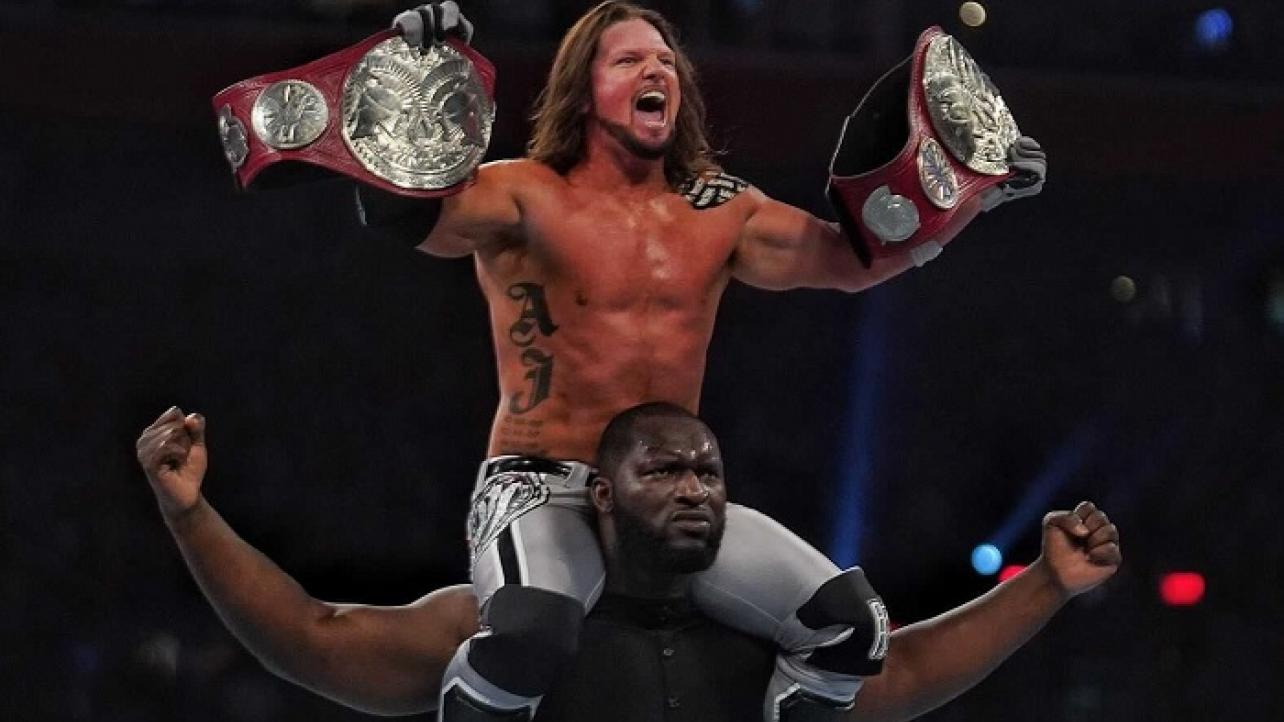 AJ Styles Talks About Omos’ Potential, Which WWE Brand He Prefers Most

During the discussion, “The Phenomenal One” spoke about his belief that Omos will eventually be a world champion in WWE, as well as whether he enjoys Raw or SmackDown more.

On his belief that Omos will eventually be a world champion in WWE: “He’ll be a champion — WWE Champion/Universal Champion soon. I have no doubt about it.”

AJ Styles Talks About Omos’ Potential, Which WWE Brand He Prefers Most