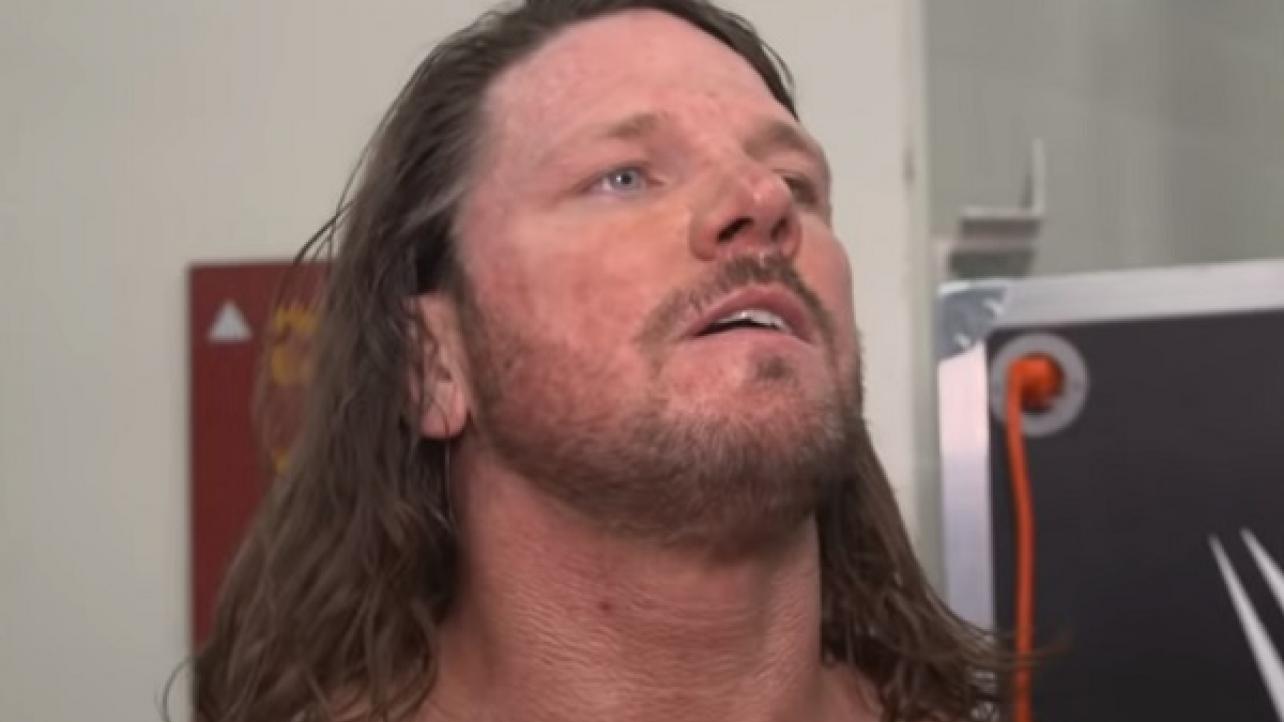 On a recent WWE Live Stream, “The Phenomenal” A.J. Styles spoke about wanting to reunite The Bullet Club group in WWE with Finn Balor as one of the members.

“I really wanted Finn Balor and I to do some stuff like be on the same team,” said Styles. “But, you know … some people don’t see what we see and understand what we’ve done, and so it may not ever happen but, I would love to have Finn with The Club.”

Styles added, “I would love for that to happen but who knows, never say never. For sure, gosh. In this business, man.”

Check out the complete A.J. Styles live stream at Mixer.com.