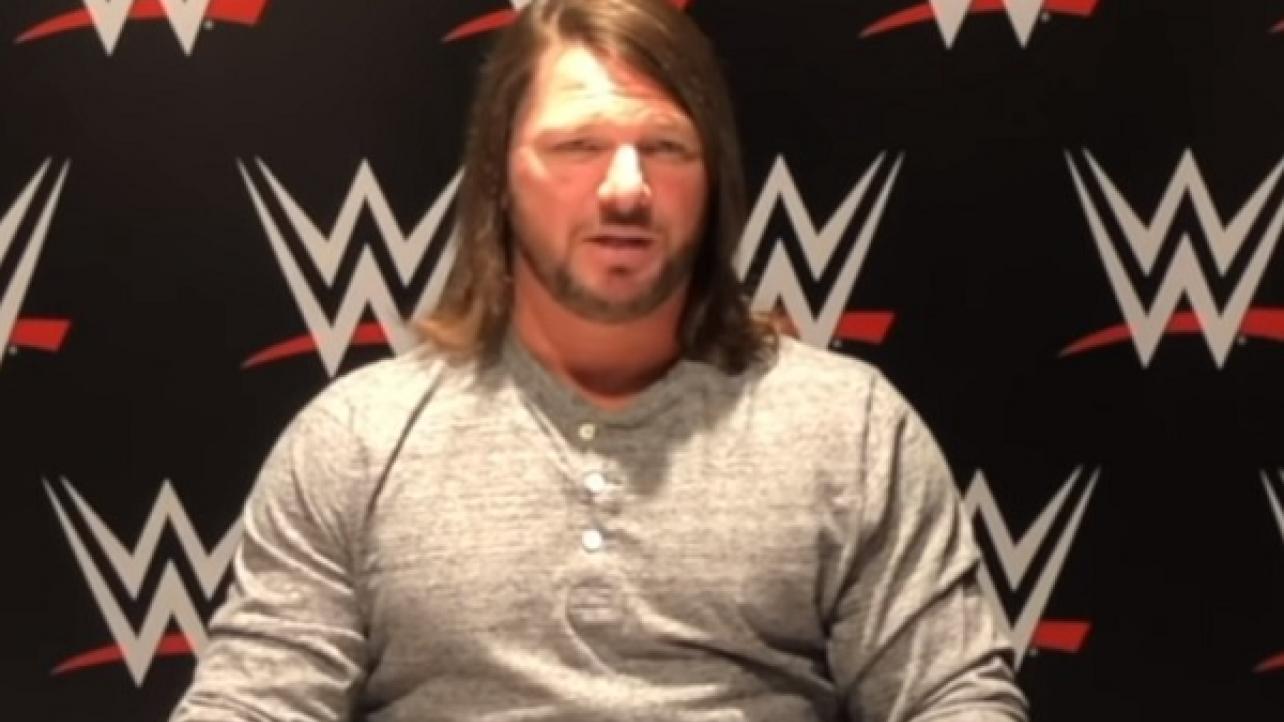 A.J. Styles Talks About WWE Being A Much Bigger Company Than He Realized (Video)

While on the 2019 WWE European Tour this past week, A.J. Styles took part in an international media scrum with a couple of different media members. Featured below are some of the highlights.

On the difference between promotions he has worked for in the past, such as Ring Of Honor (ROH), New Japan Pro Wrestling (NJPW) and Impact Wrestling, compared to WWE: “I think the main difference in the WWE is once you get there is you understand how huge, how massive the WWE actually is. It’s a lot bigger than you could ever know, unless you’ve been somewhere else and thought, ‘Oh, we’re going to compete with WWE,’ but really, you never were even in the ballgame.”

On how you have to work in WWE to fully appreciate how big the promotion truly is compared to others in the industry: “It’s so much bigger than any place I’ve ever been. But you could only find that out once you work here and see how much is done, how many people work to make this the best sports entertainment place to be.”

Check out the complete A.J. Styles media scrum from the 2019 WWE European Tour below.

A.J. Styles Talks About WWE Being A Much Bigger Company Than He Realized (Video)