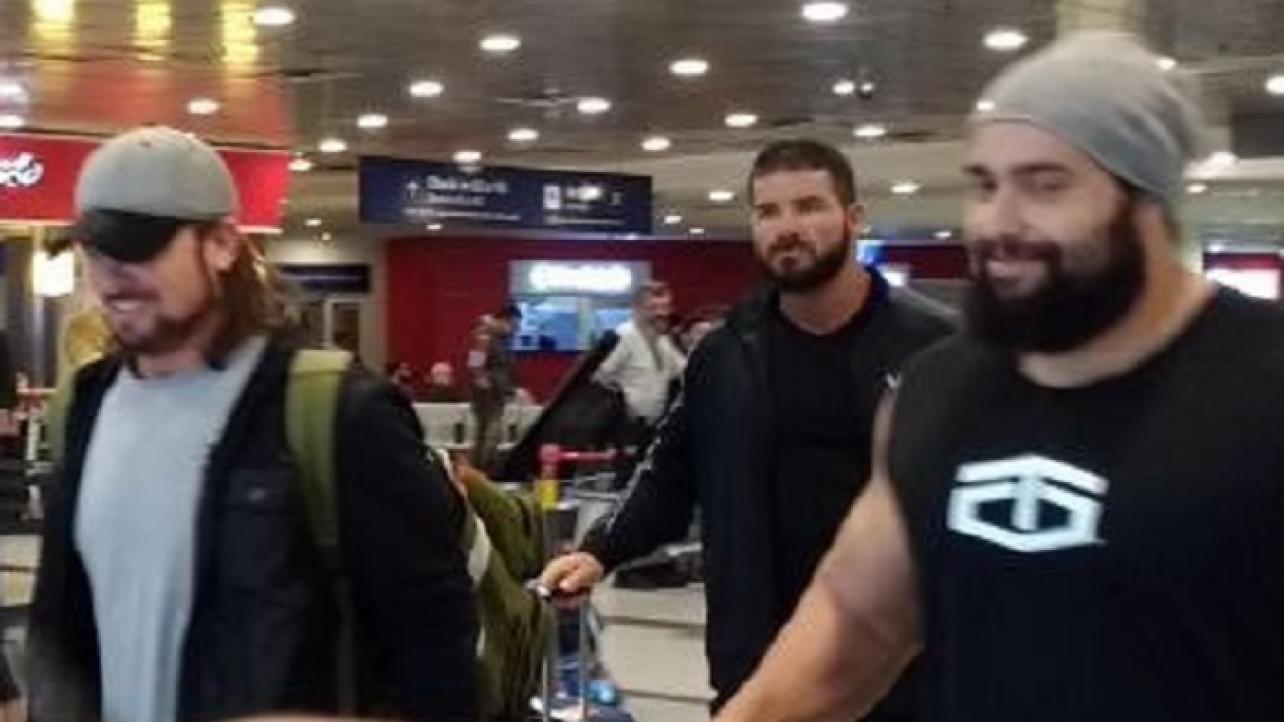 In a nutshell, “The Phenomenal One” explains that there were a slew of problems that caused them to be stranded, including paperwork issues and the plane needing to be refueled.

He does mention a conversation with the pilots of the plane who confirmed that there was a mechanical problem.

“We were supposed to leave after the show. We got to the airport, they weren’t letting us board. What was the problem? Not really sure, heard there was a fuel truck in the way, the guy who drove the truck had left to go home. I know, this makes no sense. Why would the fuel guy leave if he knows he’s got a plane that’s leaving? Then there were some paperwork issues. Finally, after at least 4-5 hours, we get on the plane. Then they found something wrong, the fuel or something or another was broken. People can say what they want, ‘It wasn’t broken.’ But I talked to the pilot. On that 14-hour flight the pilots, I guess they take naps as well. We were all chatting, sitting around on this flight and he said, ‘Listen, there was a problem. That’s a real thing.”

Styles continues, revealing that there was never a threat of physical harm to him or his fellow superstars, and that the pilots had timed out, causing further delays.

“The problem was, we spent all that time, from one o’clock all the way to six or eight in the morning, waiting to board this plane, they are telling us we can’t go anywhere because the pilots and everybody had timed out. They can only go so long before they are not able to fly because they’re not able to go 24 hours at a time. They had to go back to a hotel, we had to find a hotel Were there guns? Were there people yelling ‘EVERYBODY OFF THE PLANE!’? No, that never happened. My wife called me in a panic, she’s scared to death. I go, ‘Babe, listen, we’re just not able to go anywhere. It is not a big issue, nobody has threatened to kill us.’ There was none of that going on. Nobody was going to get murdered, it never happened. There was no threat of physical harm or anything like that.”

The leader of the O.C. then dissects the recent rumors of their being a conflict between Vince McMahon and the Saudi Crown Prince.

“It is almost blown up, as if, we were on the verge of being killed. That wasn’t the case. I don’t know what happened between Vince and the King, the Prince or whoever it is. That’s not my job to say anything, my jobs to go to work, my jobs to get home. Was I pretty angry about not going home because I missed my son’s wrestling match? You have no idea. But, if this is out of our hands, if it is out of the pilot’s hands, then there’s nothing we can do. There is no point in getting mad, getting angry about something I have no control of. I’m home now, and I’m happy to be here. We’ll find out as we go along why things happened, or we won’t. I don’t know what’s going to happen going forward, it is just going to be what it is going to be.”

Styles concludes by saying he’ll eventually attempt to get all the facts together.

“I’ll deal with it when I need to, but I’m not going to throw WWE under the bus, that’s not how I work. I am a guy who’s committed to making the best product that I can and it is not going to do me any good to throw good people under the bus. There are a lot of good people that work for WWE, and I will not make them look bad. There are a lot of people that were on that plane with me. Until I know more I’m not going to say anything. And if I did find out, and I was offended, I will go to the source, believe me on that one.”

Watch his full gaming stream below.

(H/T and transcribed by WrestlingInc.com.)