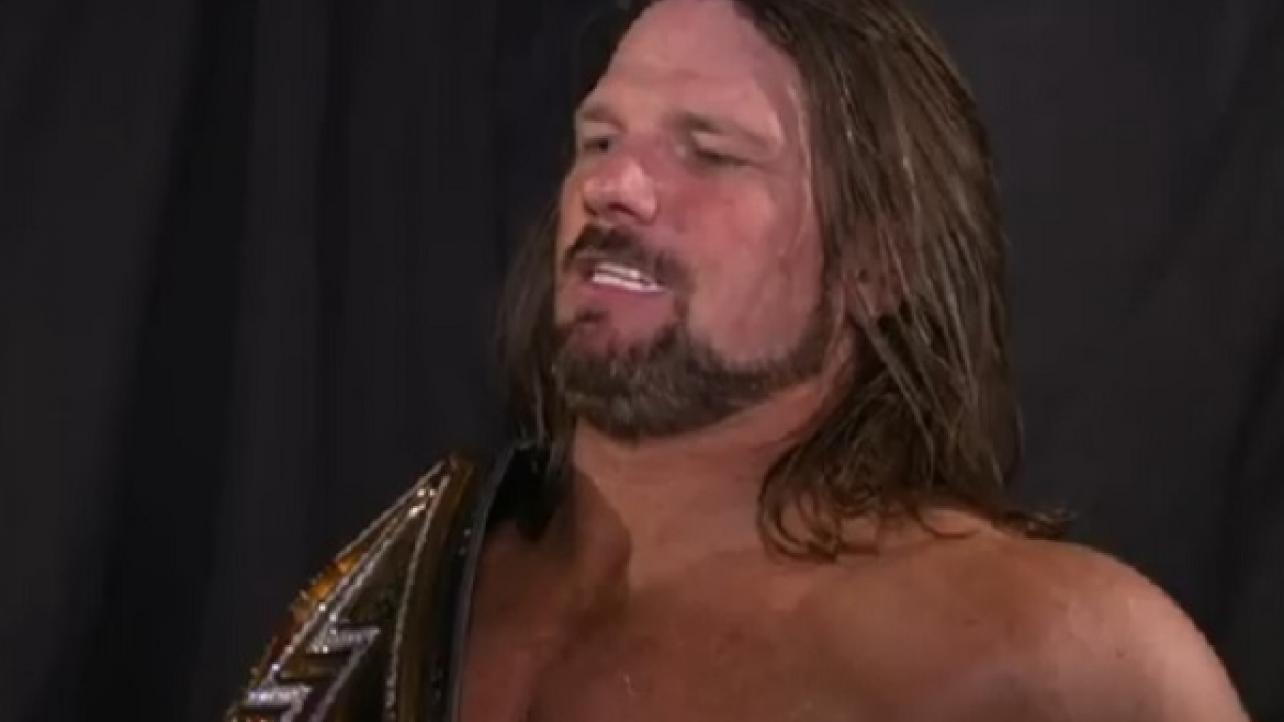 AJ Styles On WM34 Being Biggest Match Of His Career, What It’s Like Working With Lesnar

As noted, WWE Champion A.J. Styles took part in an international media conference call on Tuesday to promote WrestleMania 34 and other WWE projects. Featured below are some additional highlights.

On if he thinks his match at WrestleMania 34 will be the biggest of his career and what he learned from his past WrestleMania appearances: “I do think this is the biggest match of my career. I think this is the match that most people want to see. We’re doing it at WrestleMania, so it doesn’t get much bigger than that. I’ve learned that it’s huge, for one. Thousands of thousands of people are at a show. Just take it all in. Don’t rush to the ring. I don’t do a lot of things right, but my first WrestleMania, I took it all in and I think that’s the one thing, I’m, going to do every time I get the opportunity. It’s just not to rush to the ring, but just to take it all in and enjoy the ride.”

On the physical style of working with Brock Lesnar: “I think that it’s something he’s always capable of. It’s all up to him if he wants to do it. I think he and I put on a spectacular match and it was a good opportunity for me to be in the ring with Brock Lesnar. It was an exciting match, one that one kind of expected but at the same time didn’t know what to expect. I think it was a great match and I’m very proud of that match.”

AJ Styles On WM34 Being Biggest Match Of His Career, What It’s Like Working With Lesnar