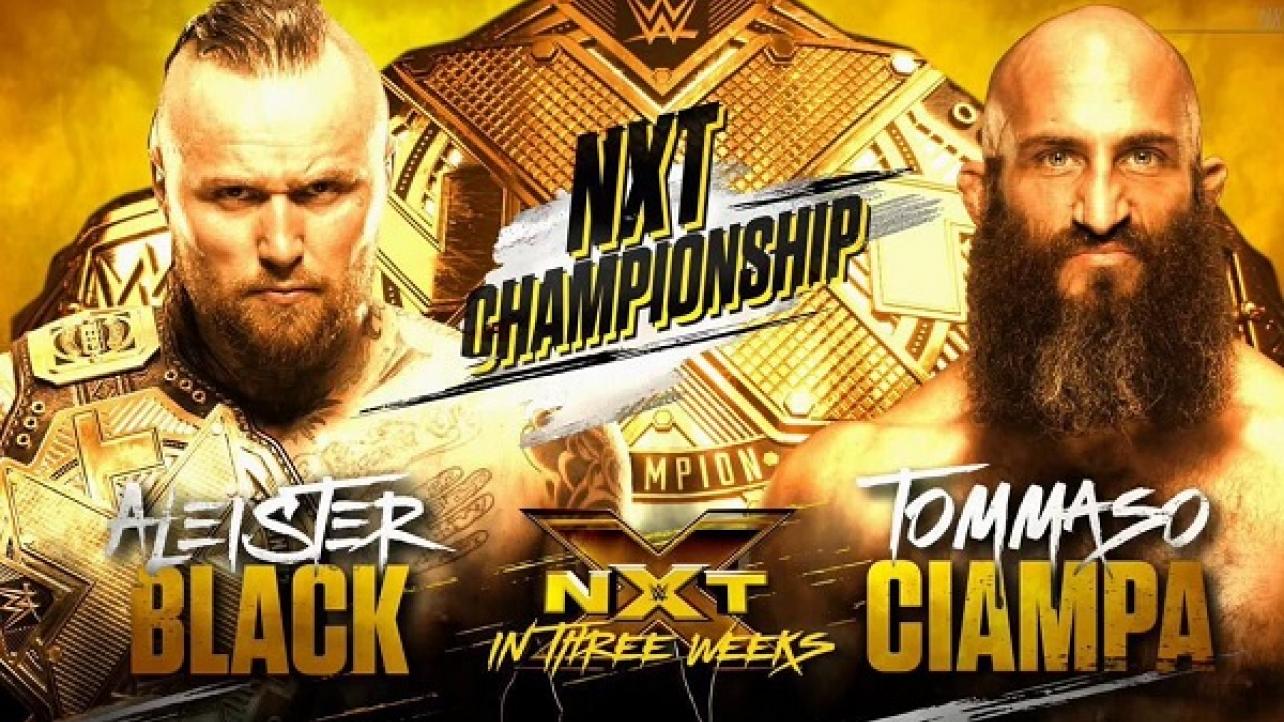 It looks like a showdown between Aleister Black and Tommaso Ciampa for the NXT Championship is official.

On last night’s edition of NXT TV, Black vs. Ciampa for the NXT Championship was announced to be taking place on the episode of the show that is expected to air on July 25th on the WWE Network.

The match will be taped when NXT returns to the headquarters at Full Sail University in Winter Park, Florida on July 18th for what will be the final set of TV tapings leading into the NXT TakeOver: Brooklyn IV special, which goes down at the Barclays Center on August 18th as part of WWE SummerSlam 2018 weekend.