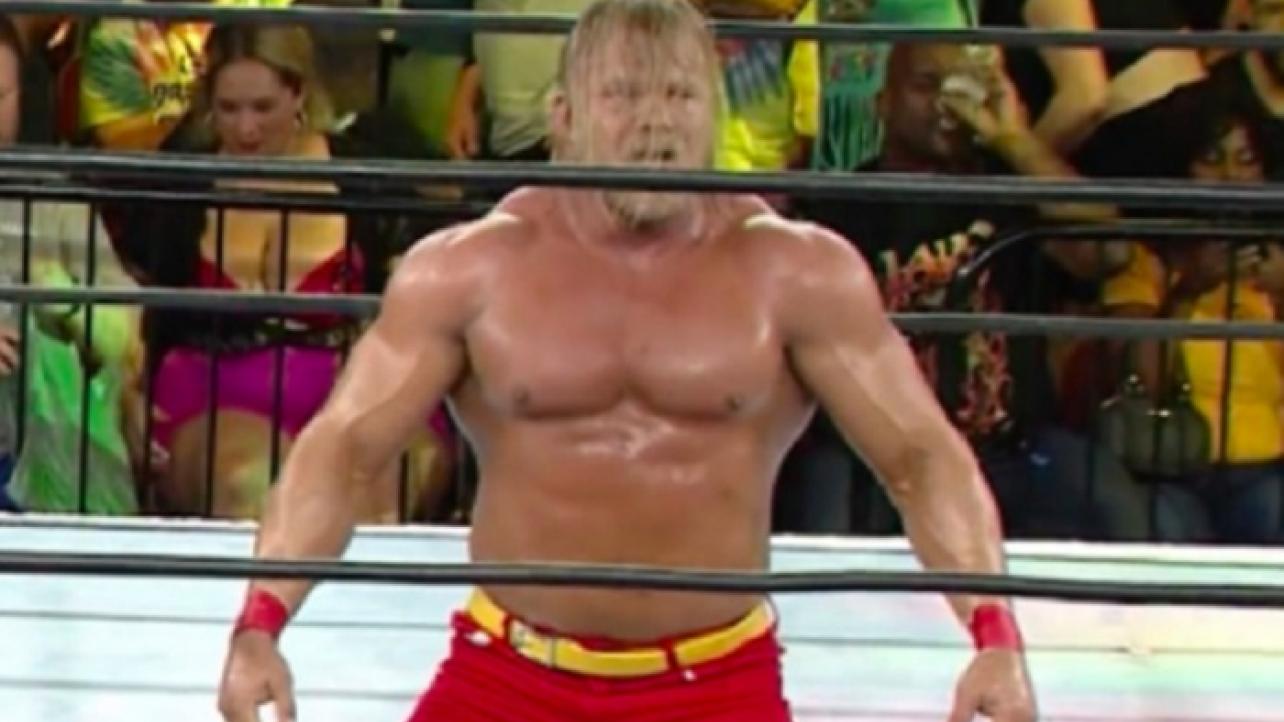 During the discussion, the MLW World Champion spoke about the severity of his ankle injury, who he is excited to defend his title against, MLW partnering with THE CRASH once again and more.

On whether injuring his ankle in his world title match with Jacob Fatu affected the story they were trying to tell: “I’m doing good. Now. The thing was ankle injuries is they kind of nag on for months, you know, I’m just being smart, you know, keeping up braced up on wrestle and things of that nature. And as far as did it redirect what we’re doing that night? Um, you know, slightly here and there. I had to adjust my game and what I was doing, but I was very committed to finishing the match the way I wanted to. There was a time when it was like, “Okay, well, do you just throw in the towel? Do you just, you know, take it home early.” But it was just like, No, these people have been wanting this main event. For years, I’m going to deliver that my main event.”

On who he’s excited to defend the heavyweight championship against in MLW: “It’s funny, because I would say the MLW roster has kind of been in flux, and we’ve kind of been getting our feet back underneath us as far as getting back to running consistently ever since the pandemic kind of threw everything out of whack. The last taping was the War Chamber tapings…I really was like looking around the locker room and felt like, “Man, we have like, our locker room again.” And there’s a lot of new guys, a lot of new crop. So there’s definitely some up and coming guys who it’s just like, they’re gonna be something great. Whether you’re talking about Alex Kane, or EJ Nduka or Calvin Tankman…all these guys coming up. But as far as guys who have been there…people talk about even me and Richard Holliday. He’s been given the title opportunity by Cesaro Duran, so we never know how that’s gonna play out. As far as my own personal bucket list, I’ve still yet to wrestle Davey Richards. He’s a guy who I idolized a lot getting into the business. Now to have him in the back there…he’s one of the best to ever do it. So to prove myself against him would be a personal achievement to myself.”

On MLW partnering with THE CRASH once again and whether he adjusts his game for the fans in Mexico: “I always kind of stay in my lane of what I do. I don’t necessarily try to adjust for the people around me. I’ve always been under the thought process of if I’m going somewhere, if I’m being booked somewhere, they’re booking me…they’re not booking me to act like someone else there. But that being said, when you’re in Mexico, you got to prepare for those crazy fans. So you got to be a little bit careful. Have your head on a swivel and make sure you save a couple extra minutes to head up the local pharmacy.”

Check out the complete interview via the video embedded below, or by going to YouTube.com. H/T to Wrestling Headlines for transcribing the above quotes.