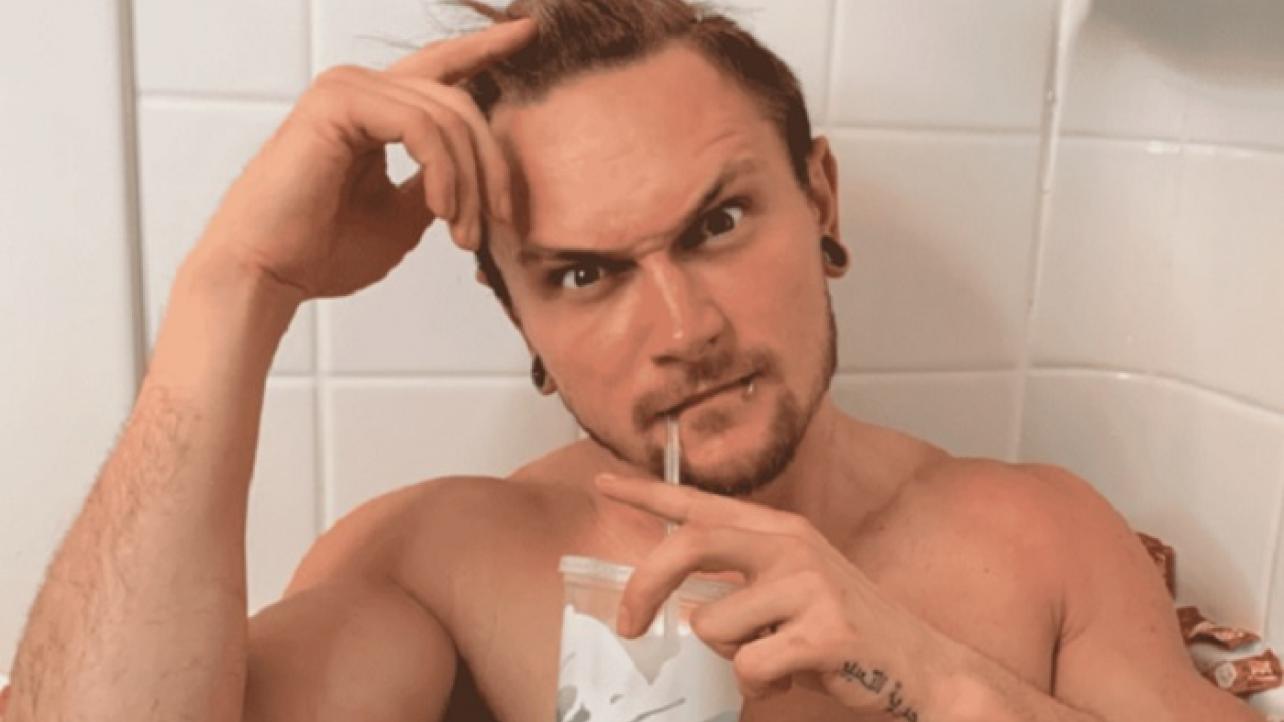 Alex Zayne wrestling appeared as a guest on the Shining Wizards podcast for an in-depth interview covering all things pro wrestling.

During his appearance on the popular pro wrestling program, the GCW star and former WWE performer reflected on his past in the company, return to GCW and more.

On returning to GCW: “That’s home to me. That’s where I had my final indy match before moving on to WWE and originally, I was really trying hard to make that my first return match as well. But that didn’t work out the way we wanted it to. I was trying to return the weekend before my 30 days was up, and I was asking every week if I could do that, and I’ve buried them already, so there’s no reason to go further with that. As annoying as things are, a lot of things are just their (WWE) hands and other things might be out of their hands, like user names that they let slip through their butter fingers or something. I was trying to make GCW my first return because it was so important to me, you know what I mean? GCW in general, they changed my life in many ways and I would do most anything for GCW.”

On his courtship with WWE: “The courting process with me and WWE was kind of a lengthy one compared to a lot and some of that’s due to the pandemic. Like that kind of got in the way. I think the first conversation I had with WWE was actually before I ever went to Japan which was just four or five months after I went viral for the 630 and stuff. It came pretty quick and I originally reached out, and I don’t know how much of this I’m supposed to say, but whatever. I don’t think it’s a big deal. This was before the pandemic. I had tons of stuff scheduled for the summer of 2020, like it would blow this schedule out of the water. I had Japan again, I had Australia, I had Europe. A half dozen countries in Europe that I was going to do in a 30-day tour over there and that was supposed to be in August. I had all this stuff planned and I was already in talks with WWE then. It was like the first week in February 2020, I was supposed to do a tryout originally in WWE and I got that where I was going to do that European Tour, I was already trying to work dates out for it, I reached out to Jim Smallman to get me on Progress. He said “I will gladly put you in touch with them, but if you ever wanted to give NXT a try, let me know.” He had started working with WWE. I said of course I’m interested. It was like a day later, William Regal was calling me, and I was on the tour bus with New Japan at the time, and so I answered. They wanted blood work and physicals before the tryout. We were like 7 days out from the tryout, and I was like I can’t get this stuff to you, I’m on a tour bus. He was like ok, we’ll reschedule. Regal actually came and we met backstage at the final date in Atlanta for that New Japan tour in 2020. That was the first bit of the process and then we were rescheduling the tryout and then I got hurt at ROH in February where I wrestled Andrew Everett and I hurt my hurt my foot doing silly Alex Zayn things. I was supposed to be out six weeks, so I took three weeks off and taped it up. Then, so we didn’t even get to the rescheduling. We were still trying to sort it out, and I was with ROH in Vegas the day the pandemic was announced. Of course, those releases came right off the pandemic from WWE. So I didn’t even bother reaching out because I’m not trying to get signed in a world of releases right now. So right on the backend of the pandemic, when things started to ease up, is when they called me and we went straight to paper and we skipped the whole tryout process and went straight to negotiations which was cool. It was a long process.”

On his time in NXT: “I think for me, every bit of it was good. Every thing is good. That’s why the name thing isfrustrating for me because they’re on top of their shit for the most part. Every place and person and thing in the world has its faults, but overall the whole experience was incredibly positive. The lockeroom was incredible. The producers were awesome. The writers were cool. Everyone was super cool and just trying their best to do whatever they think is best, right? So the most positive thing for me, on a personal level, would be just that I basically got paid to go to the wrestling Harvard for ten months. That’s awesome. Who can argue with that? So when they called with the release, I was like thanks. Lauranitis called and he was like hey I got some bad news, and I was like thank you so much and you could almost hear it in his silence that he was caught off guard by the fact that I was cool with it. I immediately got off the phone, hung up, and called William Regal, because that’s who, at the end of the day really brought me in, and thanked him for everything. He was super helpful while I was there and remains super helpful and just like a mentor to me, and someone I’ll always keep in touch with to the best of our abilities. He seemed more broken up about it than I was.”