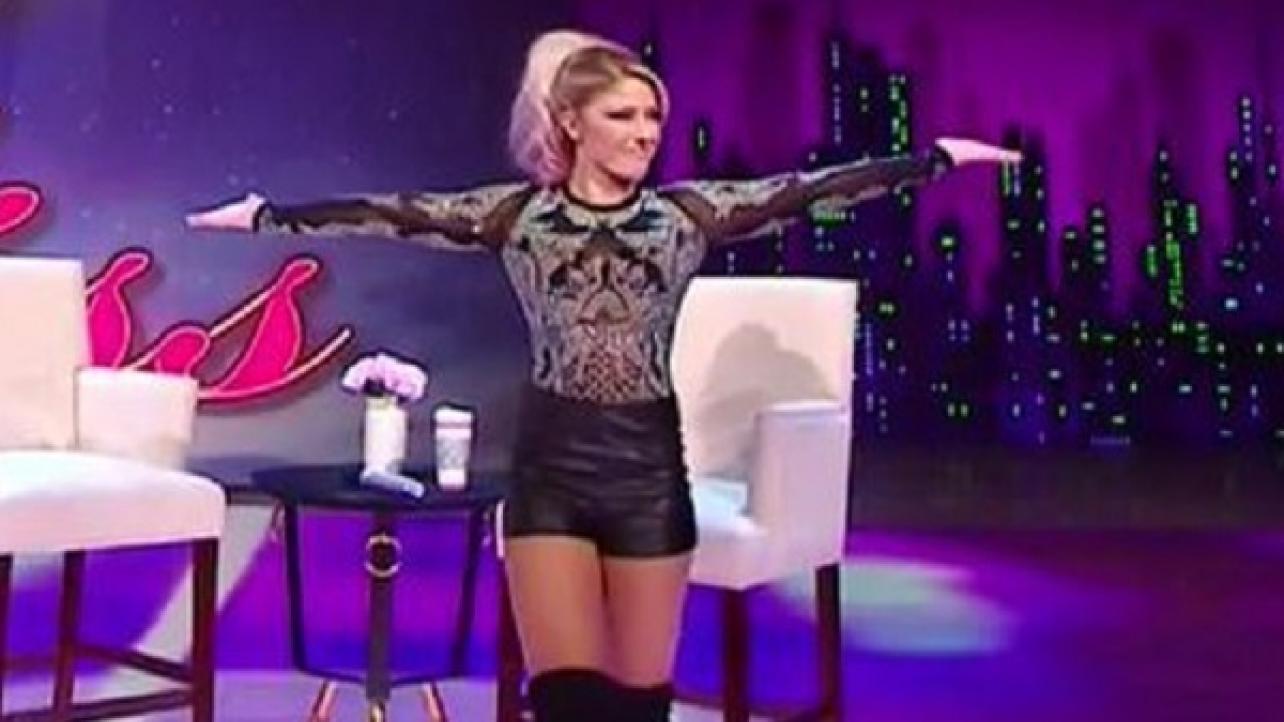 Alexa Bliss Admits Being Nervous Early On In WWE, Talks Hosting WM35, Being A Heel

Alexa Bliss recently spoke with Justin Barrasso of Sports Illustrated about hosting WrestleMania 35, her RAW Women’s Championship match against Nia Jax at WrestleMania 34, preferring to play a heel character, being nervous when first being brought up to the WWE SmackDown main roster and more. Featured below are some of the highlights from the interview.

On being nervous to come to the WWE SmackDown main roster in 2016 because although she was coming from NXT, she had no independent wrestling experience: “I did it my way, and I couldn’t ask for anything better. I knew what I was getting into when I joined WWE. There were girls who wrestled on the independent circuit, there were girls who were generational, and I came not really knowing anything. I remember telling my mom, ‘These girls are so good, I don’t think I can make.’

“I knew I’d be an underwhelming draft pick to SmackDown [in 2016]; I wasn’t [one of the] Four Horsewoman, I wasn’t given the opportunity to have a TakeOver match, I’d never held a title. Being smaller in stature, especially at the start of our Women’s Revolution, I’ve worked extremely hard over these past three years. I went into my first WrestleMania as SmackDown women’s champion and my second WrestleMania as Raw women’s champion. It’s been a very fun journey, and I’m still enjoying the ride.”

On her promo skills being her saving grace when first coming to the WWE main roster: “When I first got onto SmackDown, I remember being so nervous. In WWE, if you’re given an opportunity but you don’t deliver, that opportunity may never come back. I remember my very first promo on SmackDown, and I remember knowing I had to deliver. The microphone has been my saving grace throughout my career, giving me opportunities like hosting WrestleMania. This is coming from the same person who cried in her first promo class at NXT. Dusty Rhodes and Ryan Katz helped enable me to do this, and I’m very grateful for my time with NXT.”

On hosting WrestleMania 35 being a career highlight, as well as her RAW Women’s Championship match against Nia Jax at WrestleMania 34: “I had so much fun working with Nia. It was the hardest but most fulfilling because we did this body shaming/bullying angle, and we’ve both dealt with body issues in the past. I’ve dealt with eating disorders off and on throughout my life, and I almost lost my life to it, so it was hard to say these things to my best friend. But we wanted to make that story as real as possible, and we felt very passionate about highlighting that and telling that story.”

On preferring to play a heel character: “I love portraying a bad guy. I can go the extra mile with all the creativity. Plus, you can expect a lot of sass. WrestleMania 35 was my WrestleMania. You didn’t know what was going to happen. It was all about me, because I was the host. I want to be booed and be hated. That dictates my style in the ring. If I were a good guy, I’d use a whole new arsenal of moves in the ring. The biggest thing for me is telling the story as a character, both in the ring and on the mic.”

Check out the complete Alexa Bliss interview at SI.com.

Alexa Bliss Admits Being Nervous Early On In WWE, Talks Hosting WM35, Being A Heel