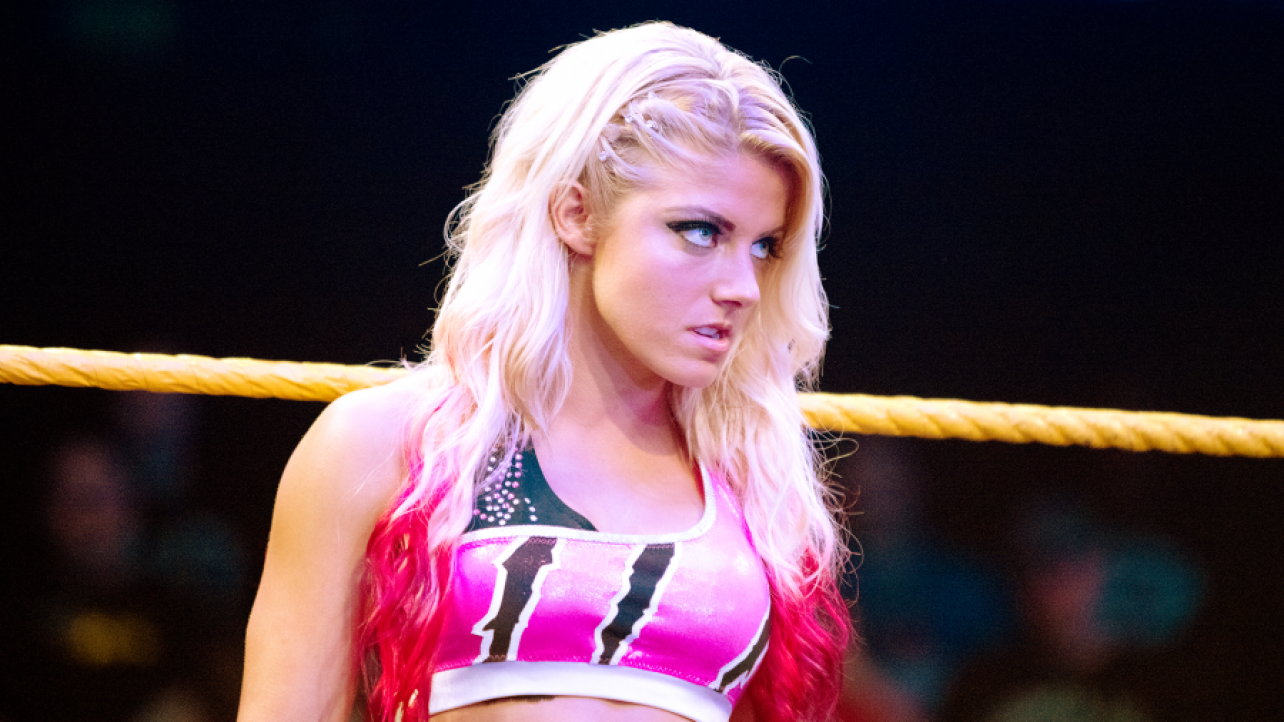 — After recovering from an elbow injury, Alexa Bliss is now sidelined with what is being reported as a concussion that she suffered on Saturday at a house show in Hartford, CT. WWE continues to advertise her in the tag team match at Evolution, but as with all concussions, it is hit-and-miss as she could be ready to go for this weekend or she could be sidelined for much longer.

— In the event that Bliss isn’t cleared in time for Evolution, WWE has moved ahead to set up Alicia Fox as a potential replacement and the actions on Raw with Fox and Mickie James attacking Lita and Trish Stratus would be used to explain her involvement. From what we can gather, Bliss getting cleared for Sunday is extremely questionable as it normally takes about a week to pass testing in a best case scenario.