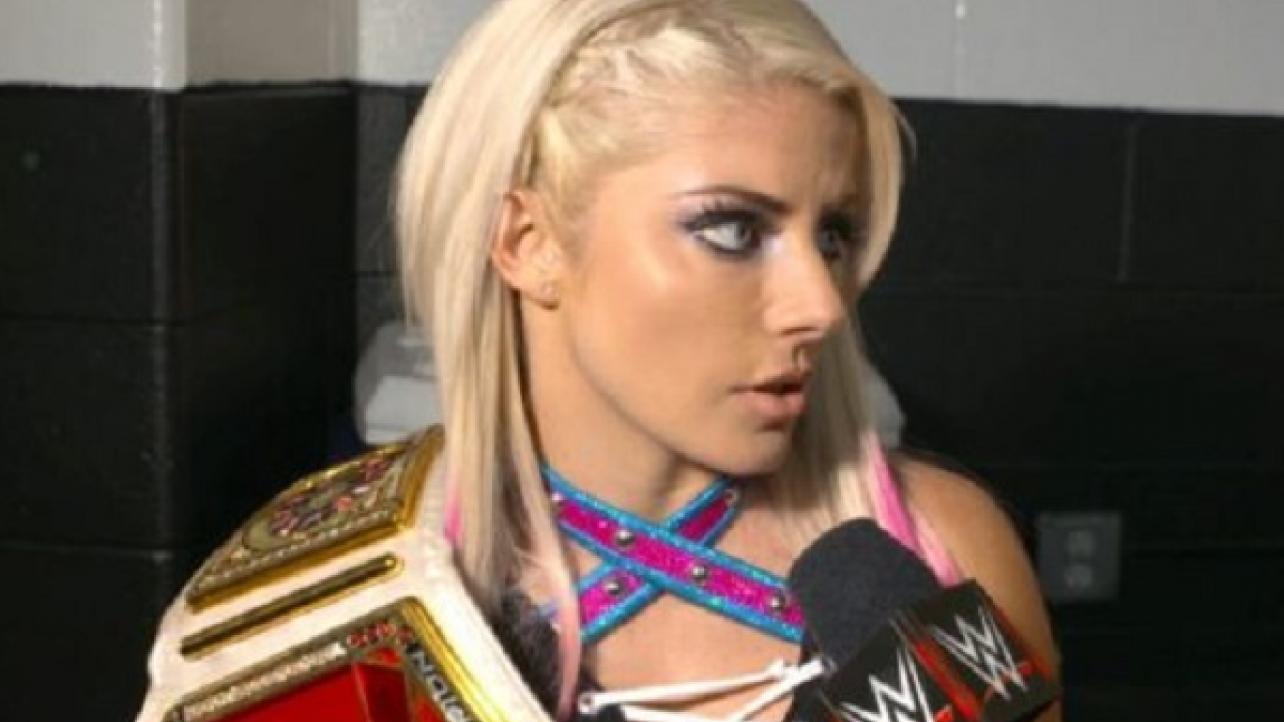 Alexa Bliss On Origins Of Acting Like A Brat, Fairy Gimmick & More

RAW Women’s Champion Alexa Bliss recently spoke with ESPN for an interview. Below are some of the highlights.

On the origins of the idea to act like a brat: “So I was at the airport and this little kid would not go through security and just threw a fit in the middle of the floor and did the whole thing with shaking his legs and arms. His parents were just standing there looking like, ‘We don’t know what to do!’ They were annoyed, and I was like, ‘Man, that’s a really bratty thing to do and I’m going to do it.'”

On being the opposite of her on-air character: “When it comes to the Alexa Bliss character, everyone says the character has to be an extension of yourself turned up. But I feel like I am the complete opposite of Alexa Bliss. When I came up with the Alexa Bliss character, I wanted to be the girl that everyone knew. There was always that girl in high school who was mean to everybody. She was mean and rude but everyone still voted for her to be homecoming queen. That girl. And I wanted to portray that girl. Because I knew that girl in high school. I knew girls like that.”

On transitioning out of the fairy gimmick in NXT and into her heel persona: “When I first joined with Murphy, I had to make a character change. I wasn’t confident in myself about that at all, but I remember my mom telling me that once something clicks with me … I had to … come in and kick the door down and let everyone know who I am.”

Check out the complete Alexa Bliss interview at ESPN.com.

Alexa Bliss On Origins Of Acting Like A Brat, Fairy Gimmick & More