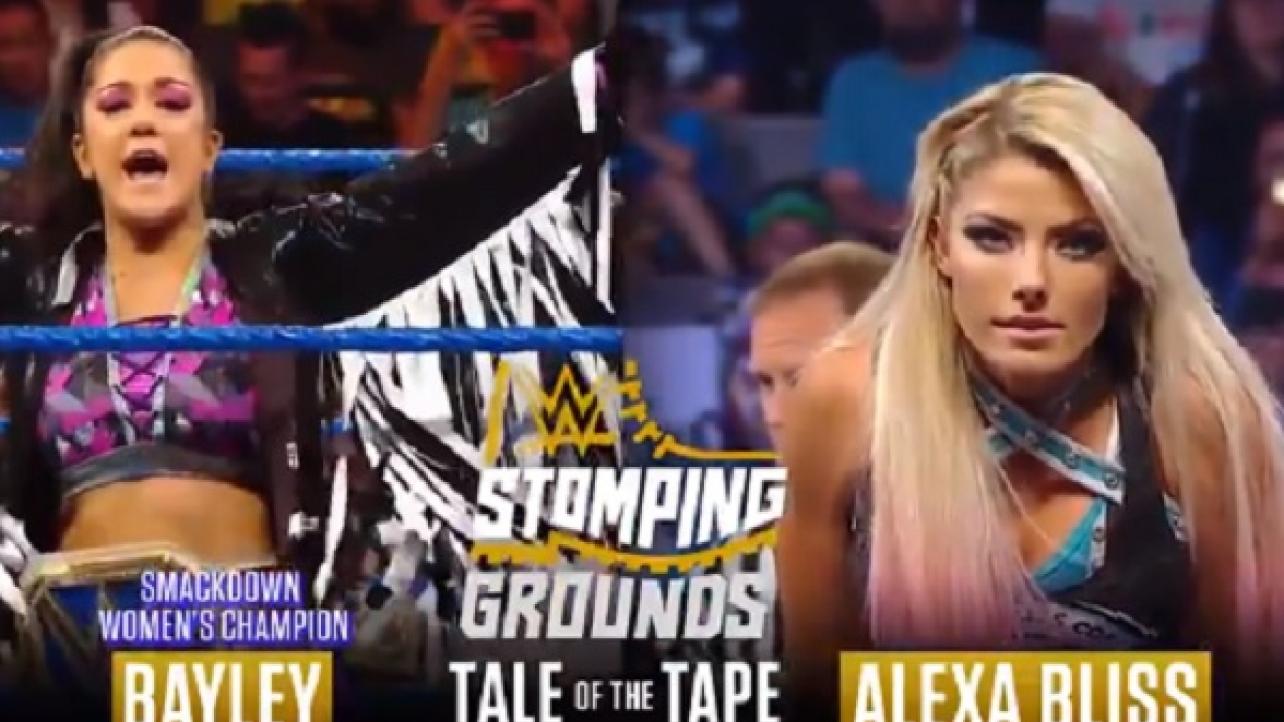 Ahead of their SmackDown Women’s Championship showdown at tonight’s WWE Stomping Grounds pay-per-view, WWE looks at the “Tale of the Tape” between current title-holder Bayley and her challenger for tonight, Alexa Bliss, in the following video that they released via their official Twitter page (@WWE).

Additionally, Alexa Bliss took to social media on Sunday morning to comment on her title shot against Bayley at the WWE Stomping Grounds PPV later this evening.

“Umm yes, I’d like my coffee with almond milk, 2 stevia [and] a SmackDown Women’s Championship please,” wrote Bliss via her official Twitter page (@AlexaBliss_WWE) this morning. “Thank you.”

As noted, “The Goddess of WWE” will also be the focus of the latest installment of the WWE original documentary series, WWE 365, which premieres tonight on the WWE Network immediately following the WWE Stomping Grounds PPV from the Tacoma Dome in Tacoma, Washington.

Make sure to join us here later this evening for live WWE Stomping Grounds results coverage!