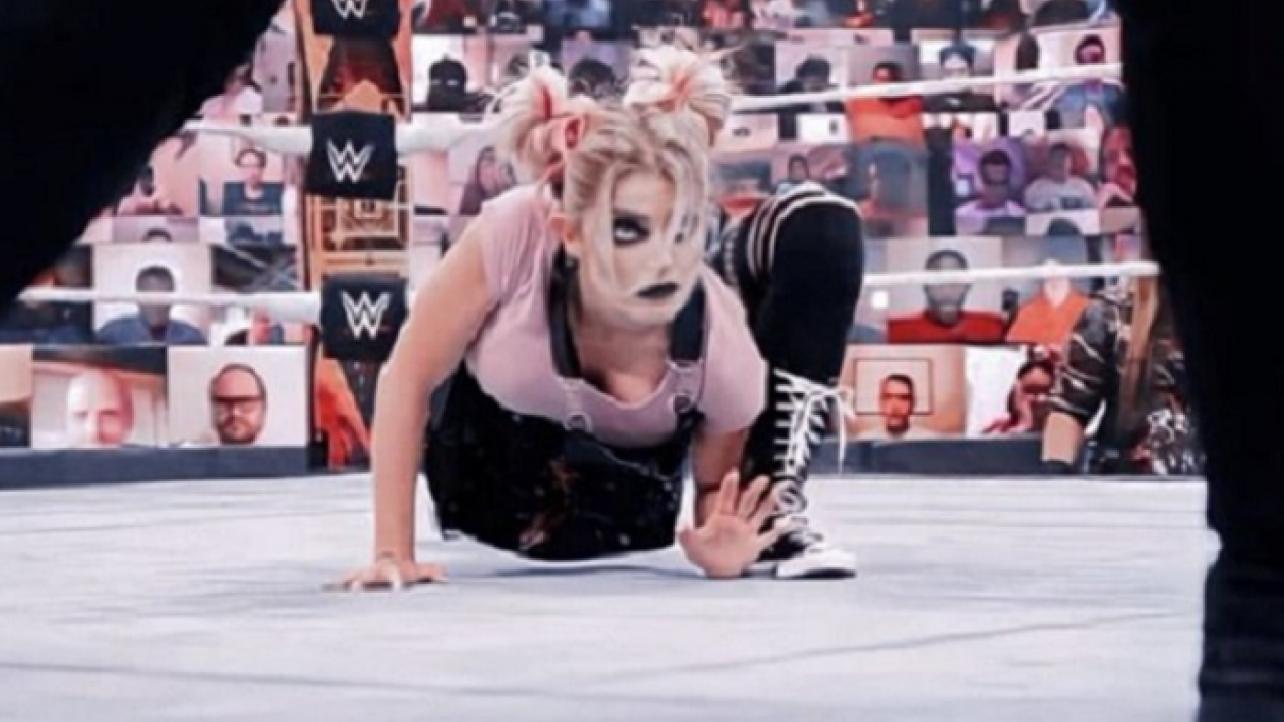 Say what you will about Alexa Bliss, but she is having fun with her WWE character these days.

Following another round of criticism from the online and social media worlds after her performances at this past Sunday night’s WWE Hell In A Cell pay-per-view and the post-PPV episode of WWE Monday Night Raw, Bliss took to her official Twitter account to address the feedback she has been receiving.

“They can say what they want…” wrote Bliss along with a photo from the 6/21 episode of WWE Raw that shows her crawling on the mat inside the squared circle during her match on the show.

They can say what they want… but I’m actually having fun pic.twitter.com/5B5dz8koZ3