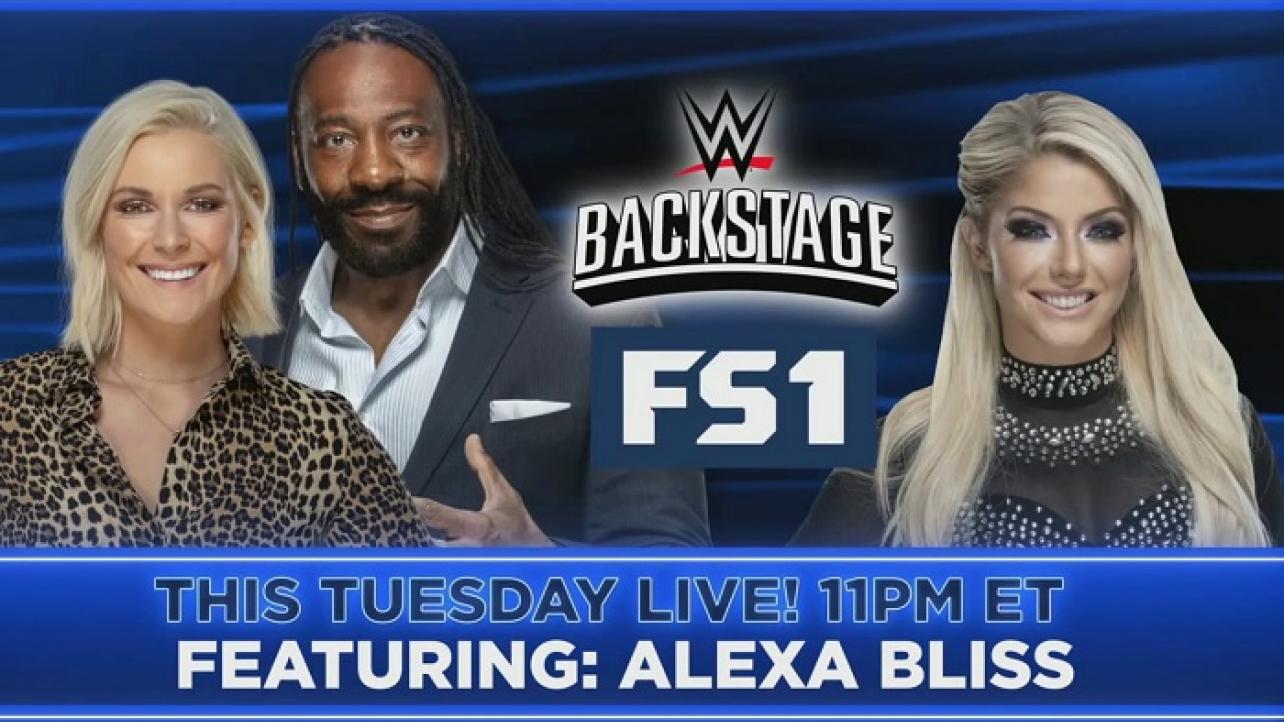 Next week’s episode of WWE Backstage On FS1 will be centered around a special interview with “The Goddess of WWE.”

During the WWE TLC 2019 “go-home” edition of WWE Friday Night SmackDown On FOX it was announced that Alexa Bliss will be the special guest on next Tuesday night’s episode of the FOX-produced studio television series focusing on the latest happenings in the WWE Universe.

Alexa Bliss and the official WWE On FOX Twitter account posted the following after “The Goddess of WWE” was announced as the guest for the 12/17 episode of WWE Backstage On FS1.

This week on @WWE Backstage, the special guest will be #TheGoddess @AlexaBliss_WWE!

Tune in this TUESDAY at 11p ET for an ALL-NEW #WWEBackstage on @FS1. #SmackDown pic.twitter.com/FrS3x0TtHb

The Goddess of #WWE, #AlexaBliss, announced as special guest for 12/17 episode of @WWEonFOX‘s weekly #WWEBackstage on @FS1 series …