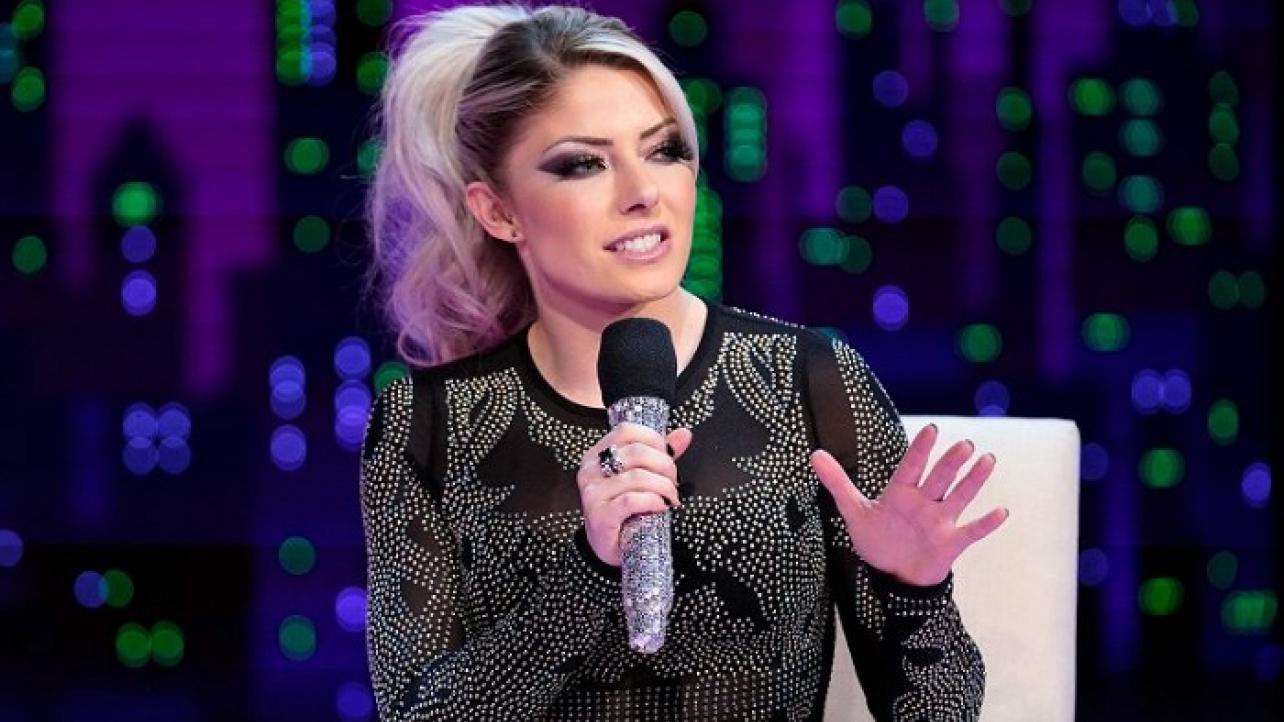 WWE star Alexa Bliss recently interviewed with CBS Sports to talk about her appearance on WWE’s new Quibi series Fight Like A Girl, where the women’s tag champion worked with a young woman named Holly Jackson who was battling an eating disorder, a problem Bliss has been vocal about for herself in the past.

It was almost like I was talking to myself when I was a teen because we had so many similarities and the thought processes and how she was feeling about herself,” Bliss told CBS Sports. “It was so amazing to see her reveal at the end of it. I was just emotional and so happy to see that she was getting back on the right track. It hit home for me for sure.

When I was younger, I said I wanted help but I never really wanted to accept the help,” Bliss said. “I had a talk off-camera and said that that was how I felt when I went through it. I didn’t accept help. I told her, ‘You’re not going to get better unless you actually want to get better.’ I asked her, very bluntly, I said, ‘Do you want to get better?’ She said, ‘Yeah, 100 percent.’ She wanted to feel good about herself. That was a very real moment we had with the cameras off. To see her overcome so much, I’m very proud of her

Bliss would then address the recent comments made by former Raw women’s champion Ronda Rousey, who referred to the business as “fake fighting” before stirring the pot with trolling Twitter posts. Bliss reveals that she does like Rousey, but has her reservations as Rousey was the one who injured her at a WWE live event.

I’ll just start by saying I like Ronda,” Bliss said when asked about the comments. “We’ve always gotten along, I have a lot of respect for her and what she does and what she’s been through. What she does in MMA and UFC, I’ve always been super supportive and everything like that. It was just the use of the word ‘fake.’ Especially because we welcomed Ronda with open arms. We all wanted to see her succeed, and whenever we would have a match, we would respect her UFC background and respect how she did certain things. We wanted to make an amazing story with amazing matches while meshing both styles of WWE and UFC together. I thought every girl that worked with her did an amazing job of that.

But, with that, we had a whole documentary based on my concussions and how I didn’t know if I was ever going to be medically-cleared. The thing is, you know, you’re only as good as the person you’re in the ring with. When you kind of bash the fans who were always really supportive and say what we do is fake, it’s kind of disrespectful when we were so respectful of what she did coming in and we were respectful of her in WWE. Everyone was willing to help her succeed, you know? She did a lot for us, but we also did a lot for her. A lot of bodies laid on the path she walked on. So, to say what we do is fake is really unfair. Yes, the finish is scripted, we say that; it’s protagonist, antagonist and conflict resolution. It’s a story we’re telling. My whole thing is … if she comes back to WWE? Great. We would all love to work with her again, I’m sure. Just limit the use of the ‘F-word.

Check out the full interview here.