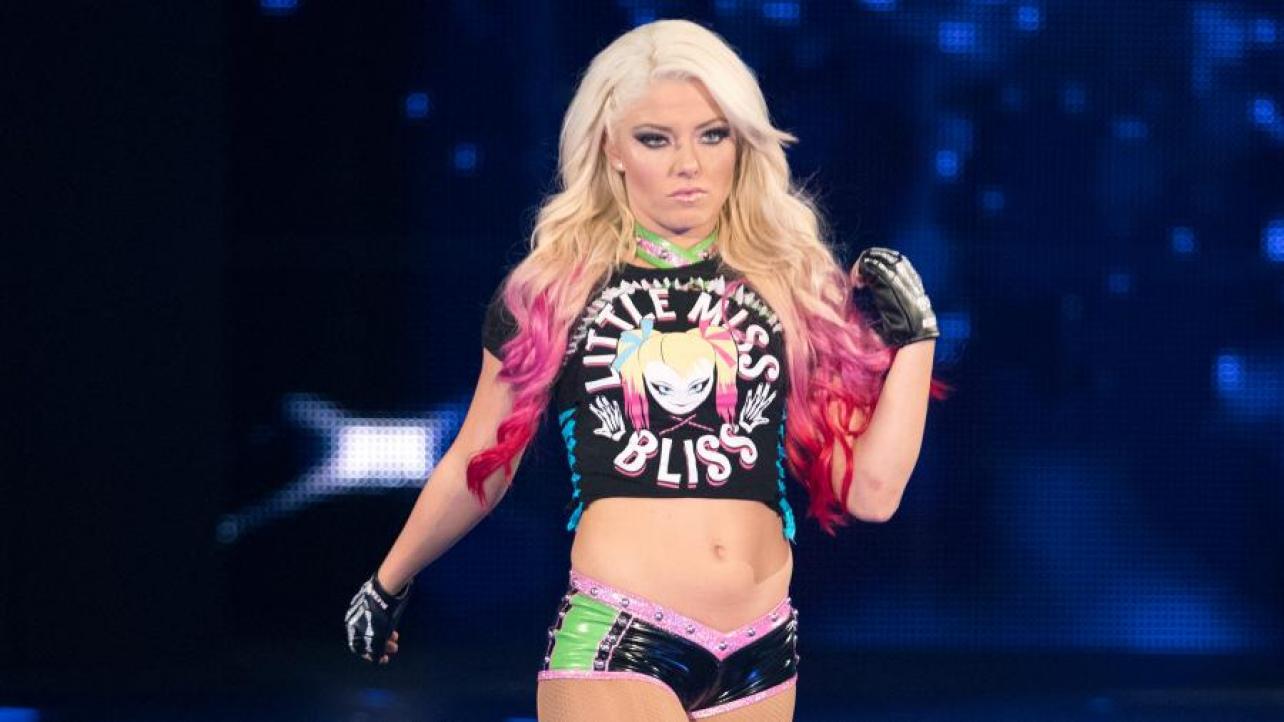 Alexa Bliss Talks About Being Overshadowed In NXT By Four Horsewomen

RAW Women’s Champion Alexa Bliss recently appeared as a guest on Oh Jezuz! on Power 98.3 to promote this Sunday’s WWE Elimination Chamber 2018 pay-per-view. Featured below are some of the highlights from the interview.

On getting drafted to the WWE main roster: “When I was drafted to SmackDown Live on the Superstar Draft, I wasn’t sure if I was ready for the main roster. I never had a TakeOver match, I had never held a title in NXT, a majority of my time in NXT was valeting and managing for Blake and Murphy. I wasn’t given a lot of on-screen time when it came to matches. So, I didn’t know if I was really ready. My first day on SmackDown, I believe I had a speaking segment and I went out and I decided if I was going to come in as an underwhelming draft pick, because let’s be honest, I was. No on was really excited to have me, because I didn’t do these amazing things in NXT! I decided to come in under the radar and kick down the door.”

On who her favorite wrestlers were growing up: “Rey Mysterio and Trish Stratus. I loved watching Rey, because I was a gymnast, so watching his lucha style was very captivating to me and I found it very fascinating watching him flip around. And Trish, because you know, it’s Trish. Who doesn’t love her?”

Check out the complete Alexa Bliss interview at YouTube.com.

Alexa Bliss Talks About Being Overshadowed In NXT By Four Horsewomen