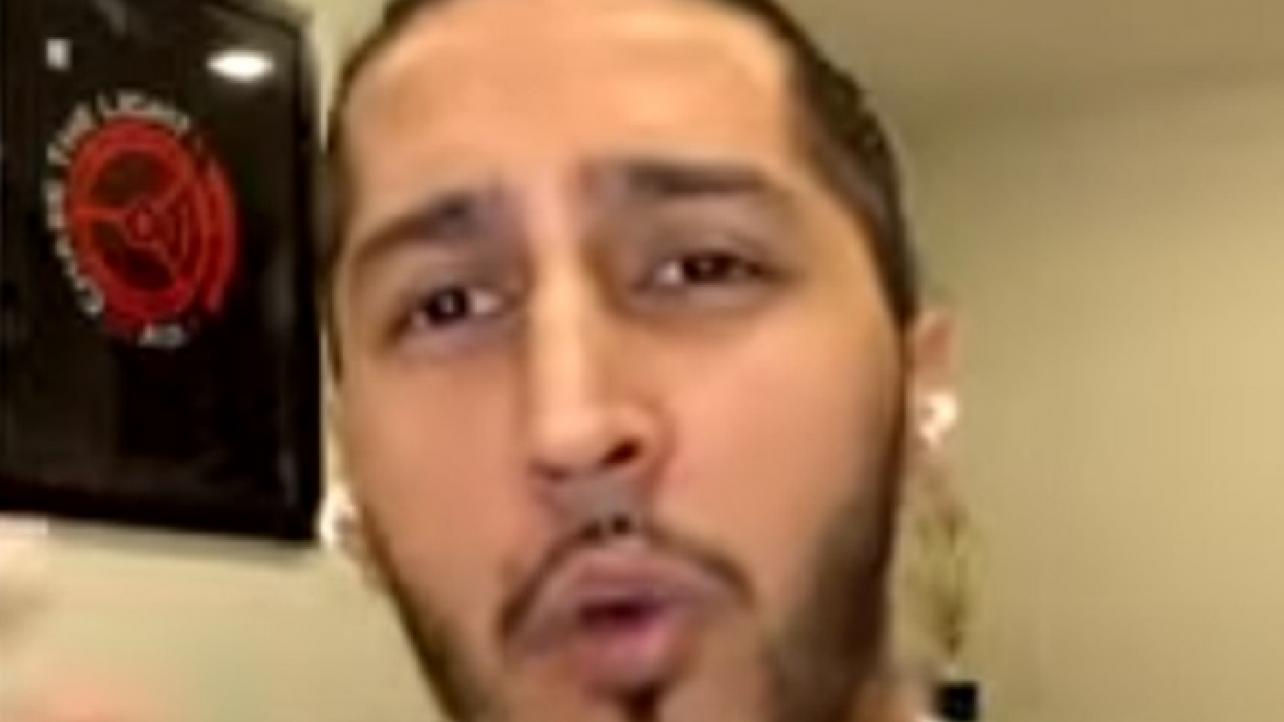 The matches between Ali and Ricochet on WWE Main Event have been a blank canvas for which the two multi-talented WWE Superstars can paint on.

This was among the topics the former RETRIBUTION leader spoke about during his appearance as one of the guests on the May 12, 2021 edition of WWE’s The Bump, which also featured Ricochet as another one of the guests.

Featured below are some of the highlights from the show where Ali commented on this particular topic.

On nothing being more liberating than producing his own vignettes and saying what he wants to say in them: “Well, now I’ll provide an eloquent response that people will actually enjoy. So, there are two aspects. Creatively, there’s nothing more liberating, and I feel more entertaining than telling the truth. You have two guys with no scripts going out there and saying what they want to say, producing their own vignettes and presenting this rivalry the way they want it to be presented. There’s nothing better than that. Selfishly, as a performer, I’m at a point where I felt like if I don’t use it, I’m going to lose it. The pencil is dull, and I need to sharpen it. As much as it pains me to say it, Ricochet is very, very good. I cannot not be on my toes. I have to be thinking three steps ahead. I have to have liners in my pocket because he’s going to say something when he sees me, and I need to have a response back. This man keeps me on my toes. So when you bring that real-life animosity, and you’re able to throw it on a screen, with no restrictions or no handcuffs, this is what happens. Within three weeks’ time, the WWE Universe is talking about Ricochet versus Ali. That’s what we did.”

On his matches with Ricochet on WWE Main Event being a canvas the two can paint on: “I think we’re making the most of this opportunity. There are two things that you can do, you can complain, or you can create. We’re creating right now. People somehow want to dodge the platform, like, ‘Oh, they’re just on Main Event.’ If you enjoy this, if you enjoy two guys going out there and laying it on the line, then watch this show…At the end of the day, that is a WWE production. That is a canvas for us to go out there and paint whatever we have to. So, if you’re a fan and this is what you’ve been missing on Monday nights or what you’ve been missing on Friday nights [or] if you feel like you’re not getting your fix on NXT, this – Ricochet versus Ali on Main Event – we got you.”

Check out the complete episode of WWE’s The Bump below. For Andrew Hatcher’s complete recap here at eWrestling.com, click here. H/T to WrestlingInc.com for transcribing the above quotes.