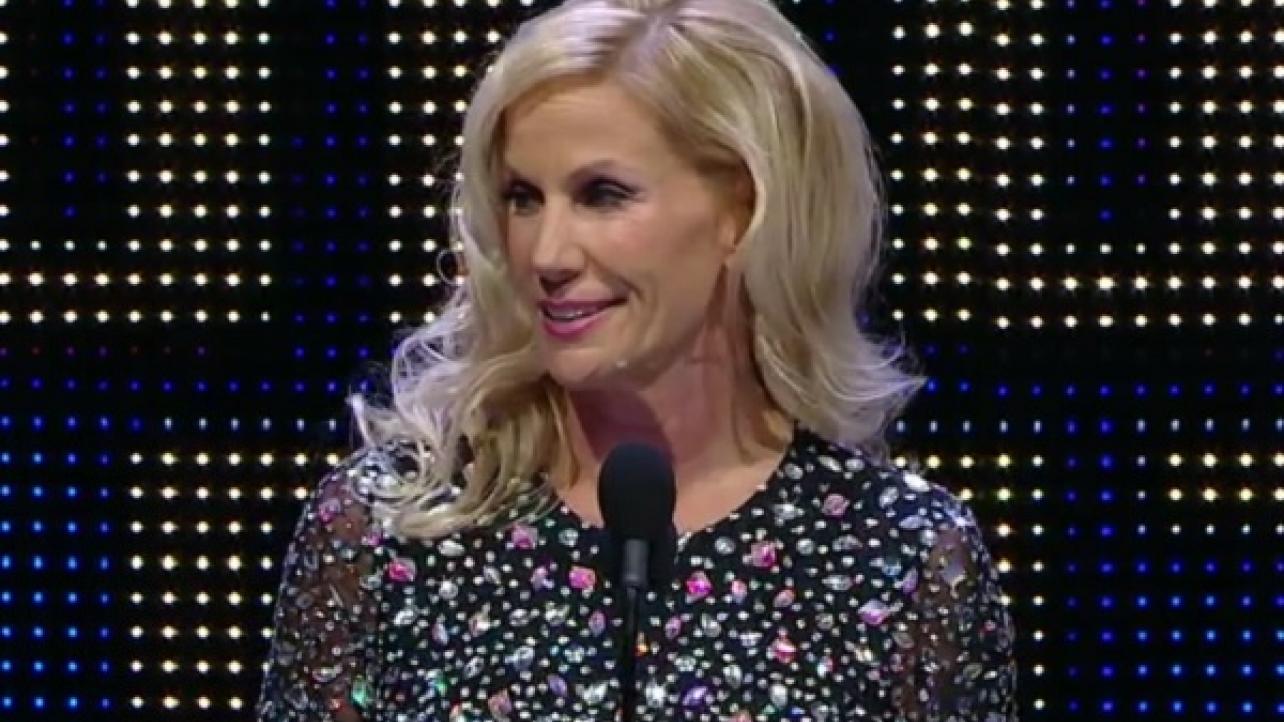 – WWE Hall of Famer Alundra Blayze (also known as Madusa) will see her in-ring return at WWE WWE Evolution. Blayze’s return is after a 23 year hiatus after chucking the WWF Women’s Championship into a garbage can on WCW Monday Nitro back in December of 1995. Blayze is one of a few former champions WWE recently added to the Women’s Battle Royal on Friday. The WWE Performance Center welcomed a visit from Blayze today, ahead of her Sunday return. Check out a post about her visit to the P.C. below.

When a fan posted saying she’ll be the first to get eliminated from the Women’s Battle Royal, Blayze tweeted the following response:

It’s not quantity in the time it’s quality.. I could be in the ring 10 seconds and my presence will be felt forever When you see the Blayze you’re going to feel the heat https://t.co/PXpiIYqVPc

– A post-match backstage video of Kayla Braxton speaking to The Riott Squad following Ruby Riott’s singles win over Sasha Banks can be viewed below. The backstage interview details Ruby Riott talking about this week’s WWE RAW win and Sunday’s match at WWE Evolution against Bayley, Banks, and Natalya. Riott goes on to call WWE Evolution the biggest night of their lives.