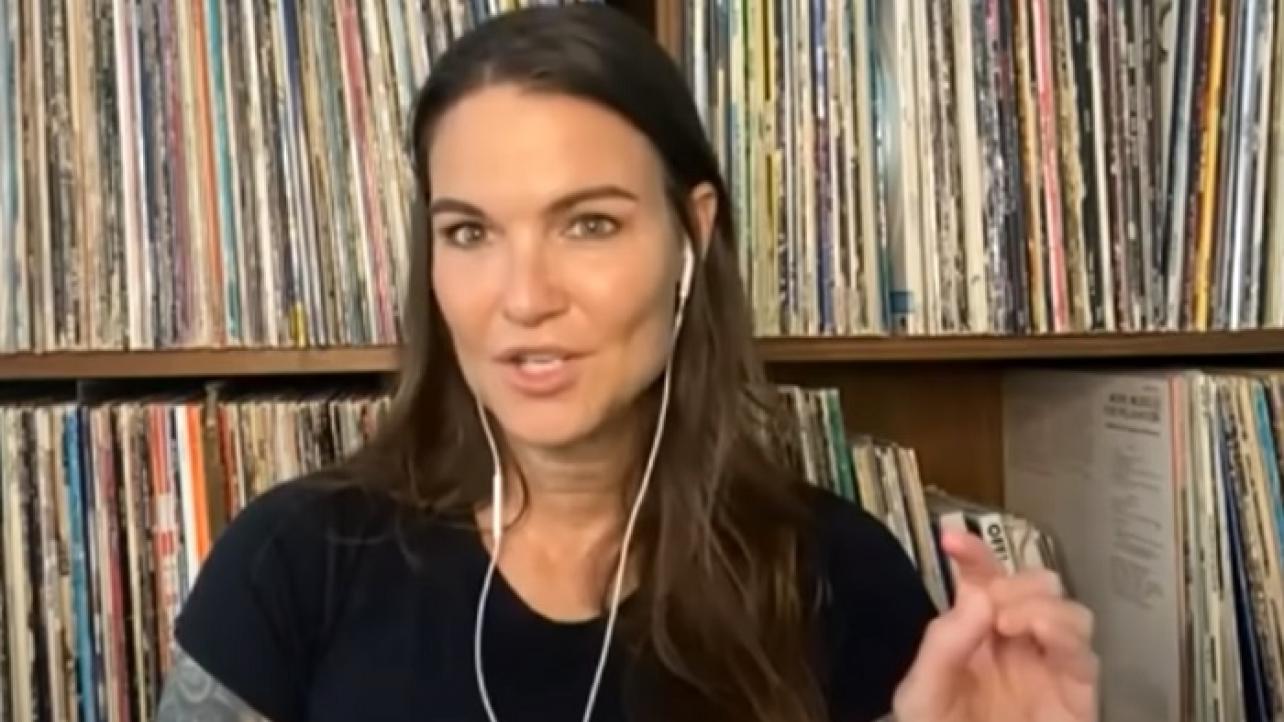 Amy “Lita” Dumas recently appeared as a guest on the Oral Sessions with Renee Paquette podcast for an in-depth interview covering all things pro wrestling.

During her appearance on the popular pro wrestling program, the WWE Hall of Fame legend reflected back on her infamous Live Sex Celebration with former boyfriend Adam “Edge” Copeland, the real-life love triangle between the two and Matt Hardy playing out on television and more.

Featured below are some of the highlights from the interview where the women’s wrestling legend touches on these particular topics.

On still being bombarded on social media about it to this day: “It’s still talked about. My relationships are commented on a regular basis, on my Instagram still or social media. Meanwhile, all of the men involved, you know, anything not controversial like with [CM] Punk or Edge or Matt, I guarantee they don’t get asked about it. I know they don’t get asked about it because they’re dudes, and, you know, it’s that double standard thing. I think at this point that’s the problem; what I hold onto, feeling the double standard. But I’ll tell you it was not easy. I mean, for sure, I almost quit a month [into] the whole love triangle. At that point, not only was it so hard, it was also out of shame. Like, I wasn’t proud of how I conducted myself. Yes, if I had to do it all over again, I absolutely would have handled myself differently. But I didn’t. So, I was like, make the bed, and you lie in it. And at that point, I was just like, I deserve all of these terrible things that everybody is saying to me. I deserve not wanting to wake up every morning. It was also difficult, as time passed, to let myself off the hook. The only way you can move forward with your life is, sure, you learn from your mistakes and keep going, but you have to forgive yourself.”

On if she thinks people may have even been on her side if it had happened today with social media being around: “I don’t know. So, it’s interesting, ’cause with age comes wisdom. It’s hard to hypostasize because that just wouldn’t happen. I have a better skill set to communicate and navigate my day-to-day. But, that happened to me, and there was very limited social media at that point, so I can only imagine in that current day and age with social media. But then now, I think I would have some people, at least, taking my side, whereas I just felt like literally, everyone was against me. I felt very alone and isolated and just in a really bad place.”

On not knowing to this day if she and Edge’s choice to remain quiet throughout the ordeal was the best route to take in handling the situation: “So, Adam and I talked at the time. We were just like because we can’t unequivocally deny 100 percent of what’s being put out there – and I was not happy with how I conducted myself; I didn’t want to act like I was justifying my actions or trying to make excuses – we both just chose to let it run its course. Matt was choosing to really take to the internet and get the fans behind him, so let him act that way, but we’re choosing to stay quiet. I don’t know if that was even the best way. Like, I don’t know what would have been the best way. Given the fallout, how else would I have done that?”

On her thoughts on the Live Sex Celebration she had with Edge on WWE television: “What happened was that it became headline stuff, and I look at Twitch as my clubhouse. Also, I never break any stories there. I talked about that I was not cool with doing that. Like, I’ve talked about that since ’05, and it’s just never made any headlines. But now, since we’ve evolved, fortunately as a climate and society, it was, like, shocking not that long ago. But, yeah, my story has never changed.”

Check out the complete episode of the Oral Sessions with Renee Paquette podcast featuring the new interview with WWE Hall of Fame legend Amy “Lita” Dumas by visiting Apple.com. H/T to WrestlingInc.com for transcribing the above quotes.