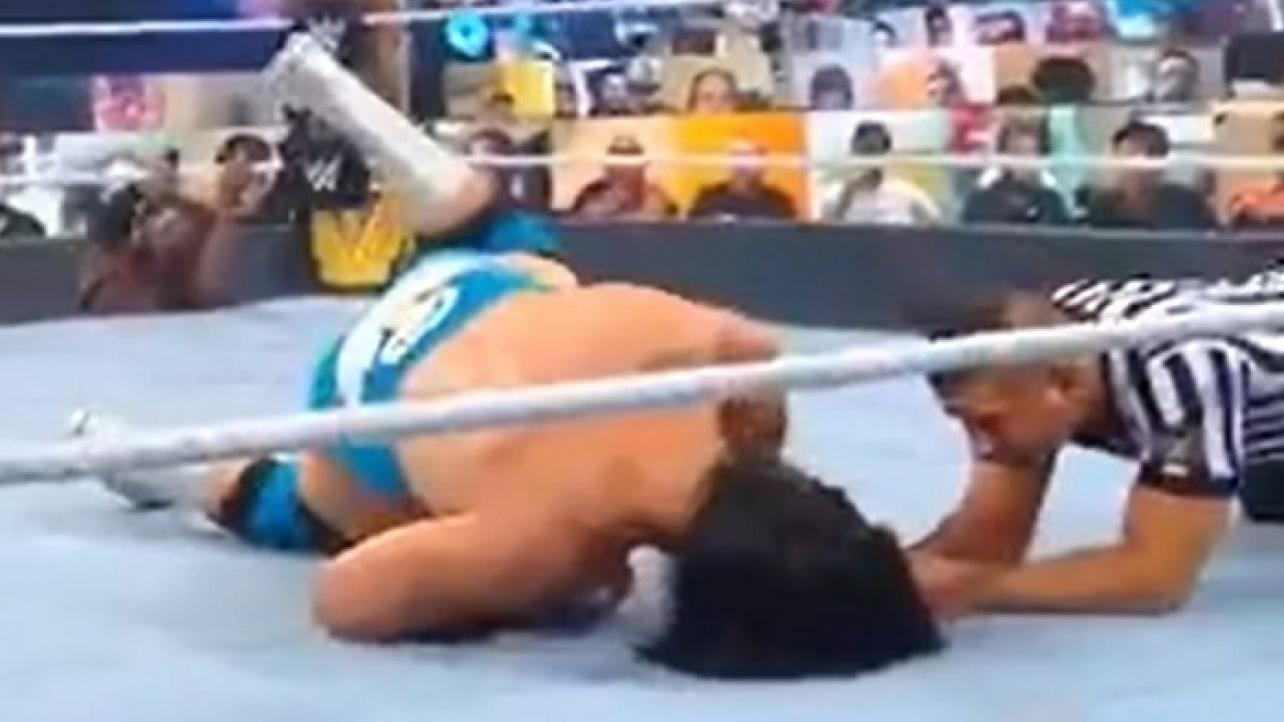 During last night’s Clash of Champions Kickoff Show, WWE addressed the absences of Nikki Cross, Nia Jax and Shayna Bazler but indicating that they were not “medically” cleared to compete and thus the two matches involving them were not going to take place.

There was no mention of any further details, but the belief (though not confirmed) is that they may have tested positive for COVID-19 or been in close contact with someone who did.

It was also noted that while Bayley would address the Smackdown women’s title picture (and she consequently ended up defending the title during the PPV), the women’s tag team championship situation – held by Jax and Baszler – would be addressed on Monday Night Raw.

PWInsider.com reports that Angel Garza suffered a legitimate injury during his match last night on Clash of Champions.

The injury is believed to be to his hip and while tests are ongoing, he looks to have avoided a serious injury.