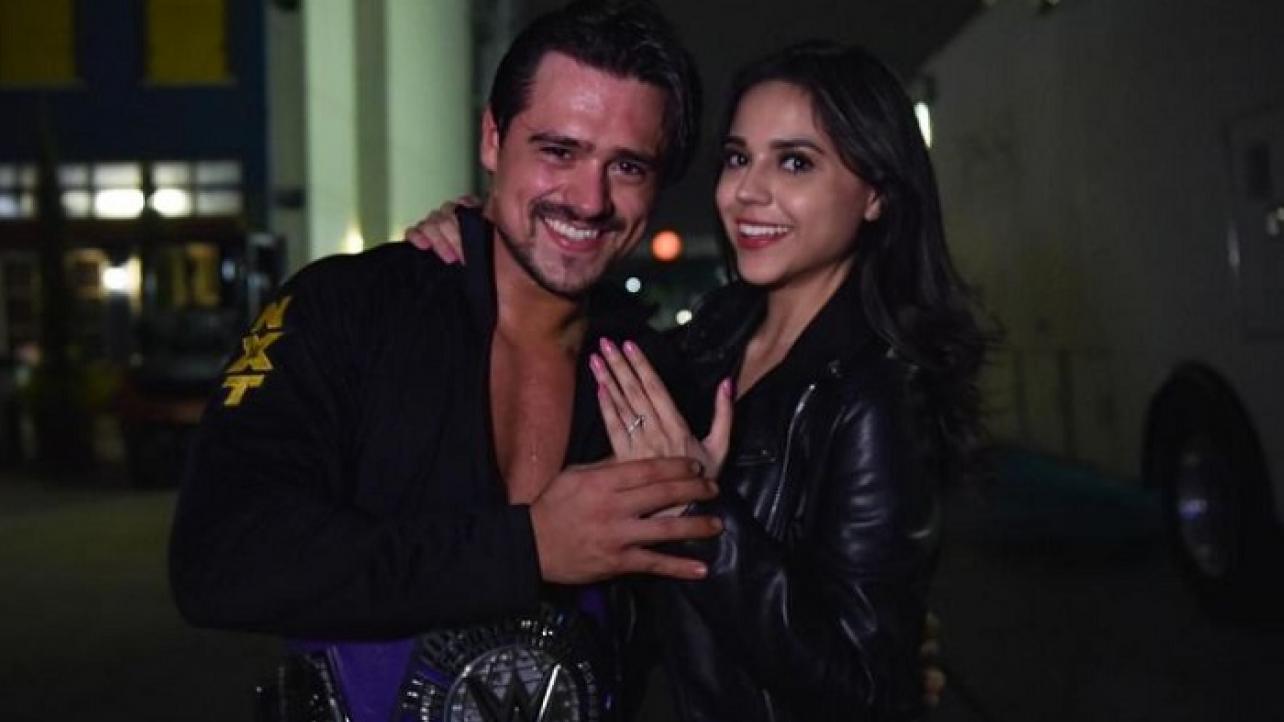 Angel Garza had one hell of a big evening on Wednesday, as he got engaged to longtime girlfriend Zaide in front of the WWE Universe live during the NXT On USA television broadcast, just moments after capturing the NXT Cruiserweight Championship.

He was just getting warmed up.

Immediately following his title victory, Garza brought his girlfriend Zaide (@zaidelozano) into the ring. He grabbed a microphone, a small jewelry box and got down on one knee before “popping the question.”

She said “Yes,” and Garza won for the second time.

Garza and Zaide then embraced and kissed as the NXT Universe watching live from Full Sail University in Winter Park, Florida cheered on.

After the show, Garza and Zaide spoke with WWE.com to give their immediate reactions to their special moment that had just played out on live television.

Check out the exclusive videos below of the Garza-Zaide proposal and reactions, as well as footage of Garza winning the NXT Cruiserweight Championship, courtesy of the official WWE YouTube channel.