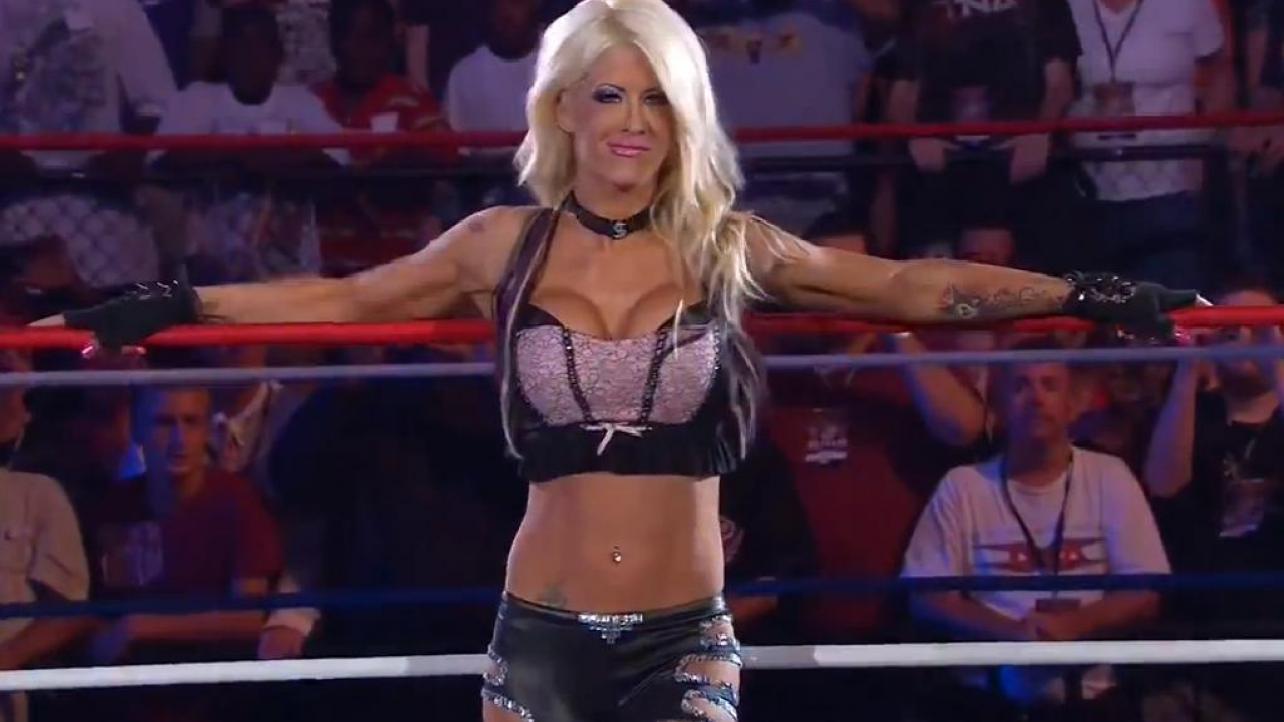 Former Impact Wrestling star Angelina Love recently appeared as a guest on The Pancakes & Powerslams Podcast for an interview. Below are some of the highlights.

On being pulled from her SmackDown debut while sitting in the crowd: “I was literally sitting, planted in the crowd, with my debut segment on Smackdown next, and I got pulled. My segment got completely cut out, and the people I was supposed to work with went straight into a completely different storyline. In 2006, there were talks about doing something with JBL, but that never happened… then I had gone back up to Smackdown in August of that year, to do something with Matt Hardy. I remember they had me [sitting] in the front row in the crowd… The first segment was Booker T, when he was King Booker, knighting Finlay and Regal.

“The next segment was Matt Hardy supposed to go over Psicosis or Super Crazy, he was supposed to go over one of them. I was standing there, so happy and clapping, and he would [come over] and say, ‘who’s this blonde girl?’, and eventually I would end up being his girlfriend. We’re like minutes, if not less, of my segment starting, and the guy, the floor manager who planted me, patted me on the shoulder, pulled me over and said ‘your segment got cut.’ [Eventually] I was told that as soon as the show started, Vince rewrote the whole show.”

On the reason why she parted ways with Impact Wrestling: “Once [Davey Richards and I] had our blow-off match, the writing was on the wall, and I’m just at a point in my life where I’m a mother, I’ve been with Impact for 10 years. I saw where it was going, and it just was not something that I [was interested in]. Use me full force, because I’m worth it, or I gotta go. I know my worth.”

Check out the complete Angelina Love interview from The Pancakes & Powerslams Podcast at SoundCloud.com.