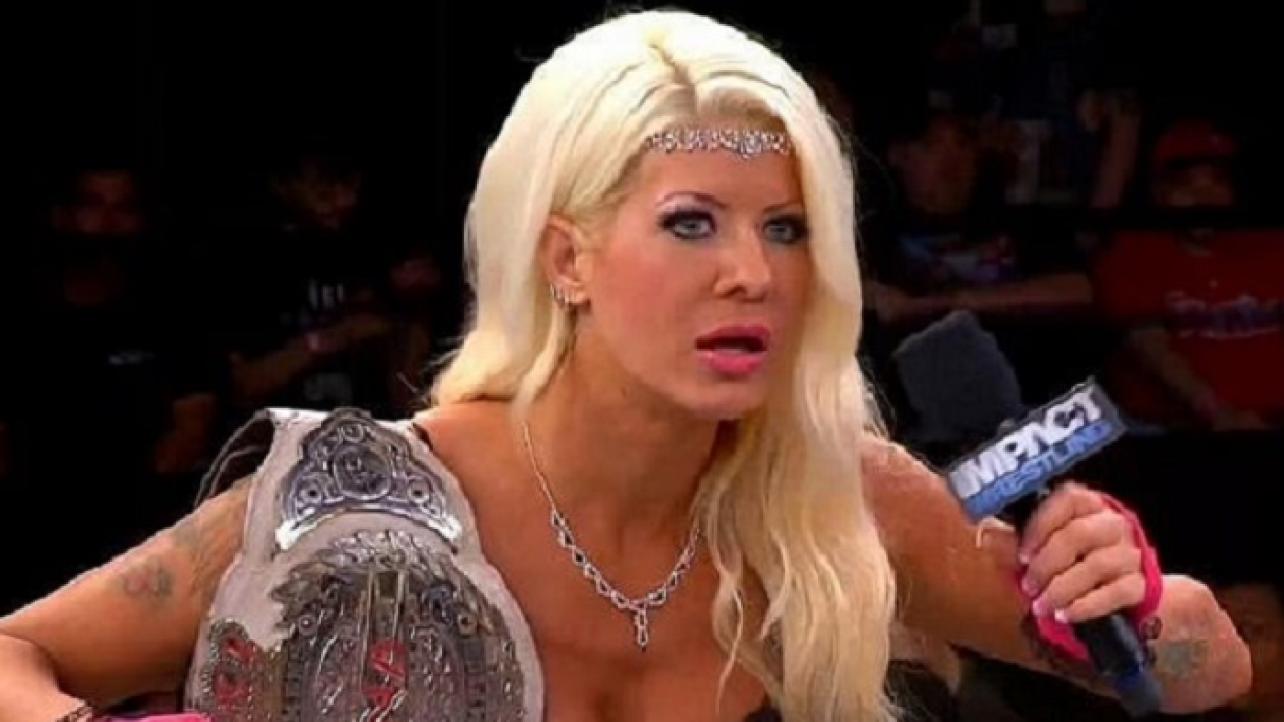 Angelina Love recently appeared as a guest on the Pro Wrestling Boom podcast for an in-depth interview covering all things pro wrestling.

During her appearance on the popular pro wrestling program, the former IMPACT Wrestling Knockouts division star and member of The Beautiful People faction spoke about whether or not Dixie Carter took a lot of pride in the Knockouts division, what led to her own departure from the promotion and more.

On whether or not Dixie Carter took a lot of pride in the IMPACT Wrestling Knockouts division: “I think so, but she also made a ridiculous amount of mistakes that pretty much pretty much makes nobody who was working for TNA a fan of hers today. At first it was cool, a female president, then she changed and a lot of things changed, and a lot of things started going downhill after that.”

On what led to her departure from IMPACT Wrestling: “The first time I left in 2009 was because they screwed up my work visa. A lot of people thought that was my fault, but that literally had nothing to do with me. It was all the company. Once they resolved that, I came back in 2010. I quit in 2012 because I was not being used properly. That Winter storyline was going nowhere. Then Vince (Russo) was out, and new people were in. If you weren’t ex-WWE, or if they didn’t come up with a storyline for you, you were not used. I was paid per appearance. After that, Dixie told me that she wanted me to shave my head and do a completely different character. I was like, ‘What part did you say?’, and she just couldn’t get out of the conversation fast enough. Nobody seemed to care at that time. Bruce Prichard was there. Eric Bischoff was there. I was not a fan of theirs so I decided it was time for me to go. After five years of me and Velvet killing it, if they couldn’t see my worth at that point, I didn’t need to stay there.”

Check out the complete Angelina Love interview at Apple.com. H/T to WrestlingNews.co for transcribing the above quotes.