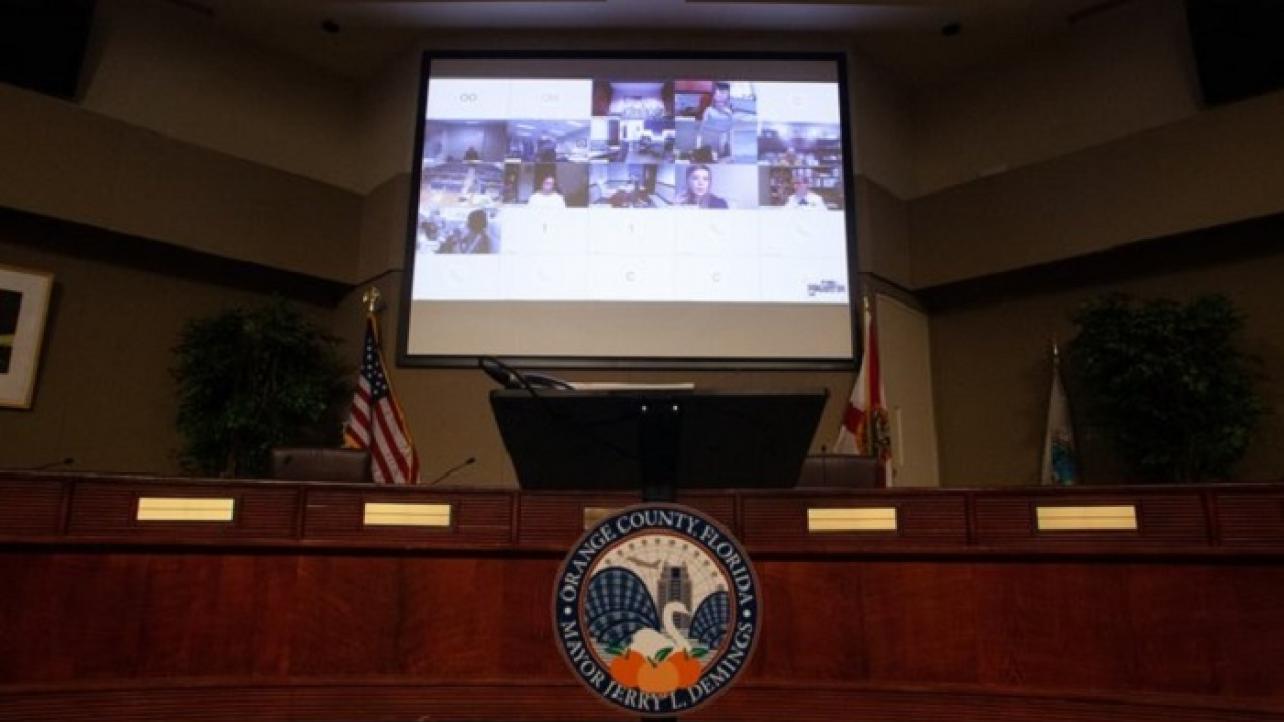 An anonymous WWE employee named “John” submitted public comments at the Orange County, Florida Board of County Commissioners meeting on Tuesday, April 21, speaking out against the ongoing WWE television shoots from the empty arena inside the WWE Performance Center in Orlando, Florida, claiming staff members are being “forced to work” during the COVID-19 Pandemic.

A local reporter by the name of Jon Alba claimed that a WWE employee named “John” submitted the statement publicly during the County Commissioners Meeting in Orange County, FL. on Tuesday morning, noting that employees for the company are being “forced to work” the aforementioned TV tapings despite consistent “Stay-At-Home” warnings and orders being issued.

The anonymous WWE staffer named “John” also reportedly stated that he us unable to speak out, as he feels he will be fired from WWE if he brought this issue to the attention of the top executives in the company.

Additionally, “John” made the claim that despite sanitary precautions at the WWE PC, employees are unable to maintain social distancing at the TV shoots held by WWE, and they literally have to touch others.

They’ve requested the government shut down the WWE empty arena TV tapings during the Stay-At-Home orders so everyone can follow social-distancing rules without fear of losing their jobs with the company.

We will keep you posted here at eWrestling.com as additional details regarding this story surface!

Watch online, at home! – Tune in at 9 a.m. for today’s Board of County Commissioners meeting live at https://t.co/dhMT2XBnx8.

At the #OrangeCounty #Florida Board of County Commissioners Meeting on Tuesday, an #AnonymousWWE employee claims #WWE & #WWENXT (#NXT) staff members are being “#FORCEDTOGOTOWORK” during #COVIDー19 (#coronavirus #Pandemic) … #VIDEO surfaces!