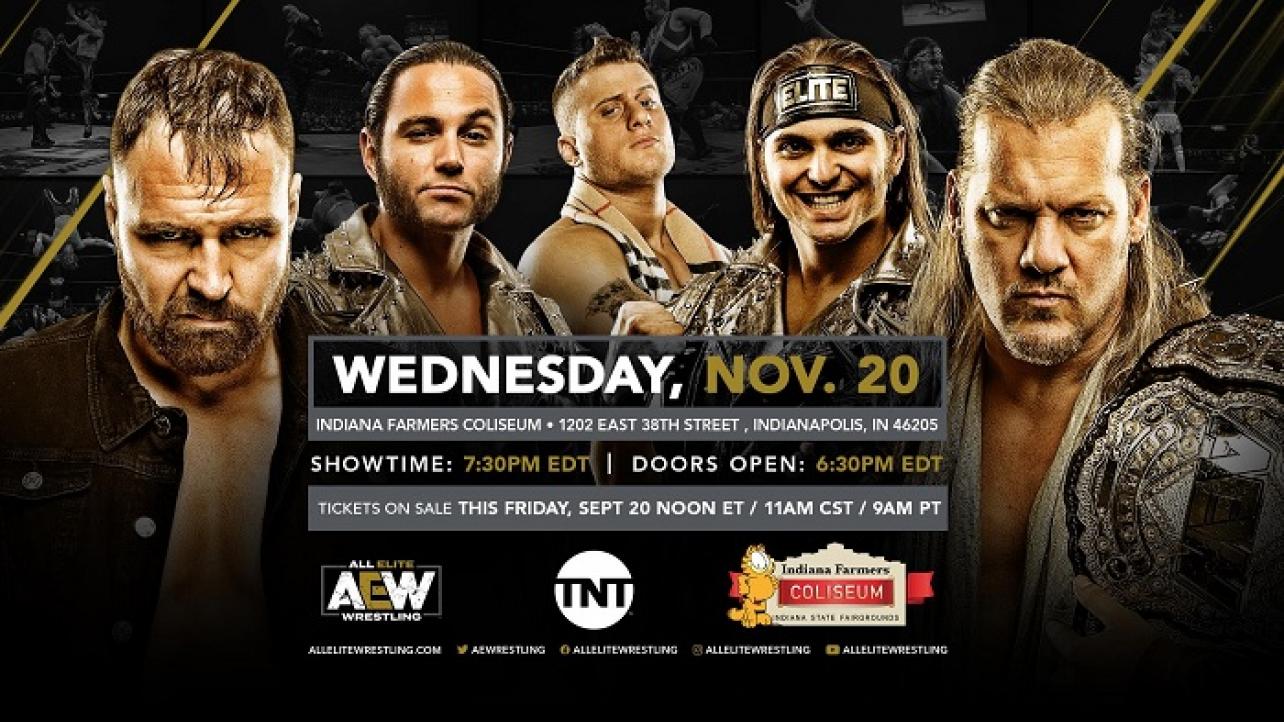 Add another date to the official AEW On TNT calendar for 2019.

AEW announced that their Wednesday, November 20th TV show will be emanating from the Indiana Farmers Coliseum in Indianapolis, Indiana.

Check out the official announcement from AEW’s Twitter page below.

#AEW heads to the Indiana Farmers Coliseum (@IndyStateFair) on Wed, Nov. 20th for a LIVE broadcast of @AEWonTNT – Tickets start at $20 and go on sale this FRIDAY, Sept 20th at Noon ET / 11am CST – https://t.co/h4nYfXfHAT pic.twitter.com/XV8LeI866k

With that now known, featured below is a look at the updated official AEW On TNT schedule for the rest of 2019: